Police Scotland has confirmed that a Red Kite found dead in the Ruthven area near Moy, Tomatinin in October, had been poisoned with a banned pesticide.

So another day, another raptor poisoned with a banned pesticide. Which pesticide isn’t identified (the investigation is still underway) but as it’s been banned it will be one of the eight listed on the Possession of Pesticides (Scotland) Order 2005, many of which are well-known to be favoured by certain members of the shooting ‘community’ for their toxicity: Aldicarb, Alphachloralose, Aluminium phosphide, Bendiocarb, Carbofuran, Mevinphos, Sodium cyanide and Strychnine.

Several of these chemicals are the base ingredients of the infamous ‘Nidderdale Cocktail, “a deadly mixture of chemicals including bendiocarb, alphachloralose and the banned pesticides carbofuran and isofenphos“ (see – Two spaniels poisoned by ‘Nidderdale cocktail’) used by gamekeepers in Nidderdale, North Yorkshire – a known blackspot for raptor persecution.

The Red Kite became extinct as a Scottish breeding species in the late nineteenth century, primarily due to human persecution by sporting estates, the taxidermy trade and egg collecting. Many of the last documented breeding attempts in Scotland were in the Highlands in the 1870-1880s. They were introduced back into Scotland between 1989 and 2009 under a joint RSPB Scotland and Scottish Natural Heritage project.

According to the Scottish Raptor Study Group, “between 1989 and 1994, 93 red kites of Swedish origin were reintroduced on the Black Isle (Ross-shire). This initial reintroduction was followed by a second reintroduction programme in central Scotland (Doune, near Stirling) between 1996 and 2001, releasing 103 birds of eastern German origin. In order to re-establish red kites in the south of Scotland, between 2001 and 2005 104 birds were released near Laurieston (Dumfries and Galloway), using donor stock from north Scotland and the Chilterns reintroduction project in England. Finally, between 2007 and 2009 101 red kites were released on the outskirts of Aberdeen with donor stock from the Chilterns and from central Scotland“.

As populations have recovered across the UK (in other words, begun to return to areas where they were once common) they have been targeted and killed. As they are almost exclusively scavengers, they are typically killed via poisoned baits. Just a few grains of, for example, Carbofuran sprinkled into a rabbit carcass will kill any bird or mammal that comes into contact with it.

Every poisoning is dreadful, but there is perhaps something even more tragic than usual about this one. This bird was part of the first successful brood of Kites to fledge from a nest in Badenoch and Strathspey since 1880. This was also the first brood of Red Kites to fledge in the Cairngorms (so-called) ‘National Park’ – another well-known hotspot for raptor persecution – in recent times.

What do North Yorkshire and the Cairngorms have in common? That would be grouse moors. The grouse moors around Moy will be well-known to anyone who has even a passing interest in birds of prey and wildlife crime. As the excellent Raptor Persecution UK website details:

Moy Estate was raided by police ten years ago after the discovery of poisoned bait and dead raptors and illegally set traps. A gamekeeper was later convicted of possession of a red kite after its bloodied corpse was found in the back of his vehicle. It had two broken legs and a head injury. A bloodied shinty stick was also found in the back of the vehicle.

The remains of two further red kites were discovered on the moor, including a severed red kite leg and some wing tags that had previously been fitted to a kite, all found buried in holes under some moss. A jar in one of the gamekeeper’s houses contained the leg rings of four young golden eagles – nobody could account for how they had ended up inside that jar. A live hen harrier was found caught by its leg in an illegally-set spring trap. It survived after being rescued by raptor workers.

In 2016 Police Scotland issued an appeal for information following the discovery of disturbed and abandoned buzzard and goshawk nests in the Moy Forest. One goshawk and four buzzard nests were abandoned in suspicious circumstances, with some evidence of illegal disturbance. These nests were being monitored by staff from Forestry Enterprise Scotland. No charges were brought.

Interestingly it’s emerged that this particular bird was satellite-tagged, which means that its movements may have been tracked prior to its death. That could make a difference in the police investigation. Many of these poisons are quick-acting (poisoned African vultures, for example, are often found right by the bait). If the bird had been recorded elsewhere and flown onto the moor shortly before dying that could indicate the poison was not laid on the grouse moor itself. If however, the bird had been on this grouse moor for several days then it would be almost conclusive proof that it was poisoned there.

Inevitably this poisoning has led to discussion about the forthcoming licencing of grouse moors. Would a poisoning incident like this have taken place if an estate’s licence to sell Red Grouse to shooters was potentially be at risk?

The shooting industry is in full-on whine mode about licencing (see – Scotland | Licencing sends Grouse industry into meltdown) but it’s difficult to realistically see what difference licencing would make in cases like this – even if tagging data ‘shows’ where the Kite was poisoned. Whilst the full terms of these licences have not been published yet, any action to remove one will certainly be dependent on proof that the estate was unequivocally involved. As the RPUK excerpt above shows, it is incredibly difficult to prosecute anyone for wildlife crime – even when they’re found with leg rings of ‘disappeared’ eagles.

In this poisoning case, police are yet again having to appeal for information from a ‘community’ that never gives up its own. A search locally found no additional useful evidence. Unless someone had been filmed laying out the poison, caught by police recovering the dead Kite, and then confessed under questioning to committing the crime, what exactly would the grounds be for removing a licence? Lawyers for the estate will contest any suggestion they had anything to do with it or that it was deliberate, and that removing a licence would be punitive and unfair. Life will carry on (unless you’re a bird of prey of course) as it does now.

We hate to be cynical, we know how hard highly-respected raptor experts have worked to get licencing even considered – but we still fail to see how it will stop incidents like this taking place. Surely a full ban would be the only action to finally ‘de-incentivise’ an industry that is underpinned by wildlife crime?

If anyone would like to take the time to explain it to us why that’s not the case, we’ll gladly arrrange an interview or put up a post…

Police Scotland has confirmed that a red kite found dead in the Ruthven area near Moy, Tomatinin October, had been poisoned with a banned pesticide.

The bird had been featured in the Strathy a year before, as one of the first successful brood to fledge from a nest in Badenoch and Strathspey since 1880.

They were also the first brood of red kites to fledge in the Cairngorms National Park.

Further searches were carried out yesterday with partner agency RSPB on hill ground near Meall a’ Bhreacraibh and Ruthven, Moy, in the northern Monadliath mountains.

No further poisoned raptors or animals were identified.

Police Constable Daniel Sutherland, Highlands and Islands Wildlife crime Liaison officer, said: “Traces of a banned pesticide have been detected in a Red kite found in the area. This incident is sadly another example of where a bird of prey has been killed through ingestion of an illegally held poison.

“I strongly urge anyone within the local and wider community to come forward with details on any information about this incident.”

Following consultation with the Scottish Government Rural Payments Directorate and the Science and Advice for Scottish Agriculture (SASA), Police Scotland requests members of the public and any dog walkers to be cautious when walking in the surrounding area and the immediate vicinity.

Anybody who has information about this incident, banned pesticide possession or misuse, or other information relating to raptor persecution please contact Police Scotland on 101 or pass on information anonymously via Crimestoppers on 0800 555 111. 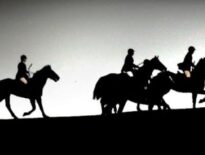 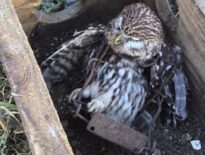