In support of our ‘Language Matters’ campaign, which looks at how language is used to influence how we all think about wildlife, we’re delighted to host another guest post from Dr Adam Cruise. Adam is an investigative environmental journalist, travel writer and academic. He has contributed to a number of international publications, including National Geographic and The Guardian, covering diverse topics from the plight of elephants, rhinos and lions in Africa to coral reef rejuvenation in Indonesia. Adam is a doctor of philosophy, specialising in animal and environmental ethics, and is the editor of the online Journal of African Elephants.

A problematic term, especially as it relates to conservation, is ‘human-wildlife conflict’ or HWC – a buzzword (or buzz-anagram) that stems from its simplicity and ease of usage to describe a diversity of situations involving wildlife.

Throughout South Africa (and indeed Africa and the rest of the world), as humans expand deeper into the wilderness, they come into more contact with wild animals. Humans describe these forms of contact as ‘conflict’. The term comes up frequently in all conservation literature from the IUCN and CITES to the World Bank and national governments.

A typical case of HWC would be elephants ‘raiding’ crops and predators ‘attacking’ livestock. The term is defined by the IUCN World Parks Congress as: “when the needs and behaviour of wildlife impact negatively on the goals of humans or when the goals of humans negatively impact the needs of wildlife”. At first glance it seems like a balanced statement until one reads the following line i: “These conflicts may result when wildlife damage crops, injure or kill domestic animals, threaten or kill people”.

With the latter part of this statement, the culpability of such conflict lies entirely with elephants or lions with connotations of them consciously and deliberately initiating the conflict. This implies that a human retaliation for their misdemeanours is justified.

The word ‘conflict’ is defined as a serious incompatibility between two or more opinions, principles, or interests; or a prolonged armed struggle ii. This implies that wild animals are consciously asserting their interests to undermine human goals and assuming the role of combatants. Such implications promote human antagonism towards wildlife that can exacerbate the problem further, hinder resolution and can result in people directing their anger and frustration on wildlife with potentially adverse conservation outcomes for endangered species. But even more importantly, and more fundamentally, this type of language use distorts both the lives and life projects of the other animals, as well as our experiences of them and our interdependencies within the land community.

an individual animal or group of animals, as the case may be, that, when in conflict with human activities, there is proof that it causes substantial loss to livestock or to wild animals, causes substantial damage to cultivated trees, crops or other property; or presents an imminent threat to human life iii.

Again, the blame lies with the wild animal, not the humans and livestock who encroached onto his or her natural habitat. The leopard is really just going about her normal leopard-business just as her species has done for tens of thousands of years. The delinquency in behaviour rests entirely with the human animal who can and should know better and should investigate alternative approaches in order to respect the whole land ethic.

The other intriguing part of the above definition is the part where a wild predatory animal, who causes substantial loss amongst other wild animals, is also labelled a problem. The hidden implication here is that many ‘wild animals’ in South Africa are, in fact, ‘ranched animals’ meaning that a predator that normally would hunt wild buffalo and impala is, in these situations, eating the prized quasi-domesticated buffalo and impala, and thus the ranch owner’s profits.

The onus is again placed on the predator to make a conscious distinction between her natural wild food and quasi-domesticated livestock of the same species. The law implies that the leopard ought to know the difference between animals she may hunt and those that strictly belong to the human rancher, or animals she may not hunt.

Once a wild animal, such as a leopard, is identified as a ‘problem animal’, methods to manage her include translocation, or the use of cage traps, poison collars, darting, call and shoot, foothold traps, hounds, poison firing apparatus and denning iv. In other words, apart from the option of translocation, the leopard is most likely to be killed.

However, often in fact the ‘problem animal’ is the solution, if only humans would allow their conservation efforts to be directed by a broader perspective, stemming from respect for the longer-term well-being / flourishing of the whole, interdependent, land community.

Studies have shown that in many cases the removal (killing or relocation) of an individual predator may in fact exacerbate the problem at hand. A livestock farmer’s resident predators can be his best allies, because dominant territorial predators actually prevent outsiders and (sometimes) other predators from entering and operating in their territories. Research by the Cape Leopard Trust shows that in areas where a dominant predator prevails, there is the lowest incidence of predation, because other more opportune predators are limited territorially. Stable predator population densities are lower and more manageable than ones where predators are persecuted. Removal of the dominant predator results in an influx of many more predators competing for the vacant territory v.

Conflict terminology, therefore, is provocative and emotional and often creates more problems than it solves, because it isolates single animals or single species from the whole in which they function, and thereby distorts our understanding of the living system. In most cases, it is the humans that are problematic; i.e. human lack of respect for wild land communities lead to land degradation and all the associated problems. Human agricultural and livestock farming, human-on-human conflict and urban expansion into wilderness areas are the root causes of HWC.

For example, I have often heard conservationists and villagers lament that there are ‘too many elephants’ in Botswana. Consequently, they all cry foul over the increase of HWC incidents especially when elephants ‘raid’ crops. In reality, this means if there is an increase in wildlife-related incidences, it is because there has come to be far less space for elephants to range and forage than in the past. In short, it is the crops that have ‘raided’ or rather ‘invaded’ the habitat of elephants, not the other way around.

The antagonism with elephants in Botswana is mostly over them raiding crops. When crop-raiding is described as ‘crop-raiding’ instead of ‘conflict’ then better solutions to mitigate crop-raiding may emerge. Already, better mitigation techniques are being successfully deployed, like the use of beehives and capsicum hedges encircling a crop. Elephants, it has been discovered, are terrified of bees and wholly detest the smell of chili peppers. By taking into account how elephants meaningfully live their world, their subjective likes (crops) and dislikes (bees and capsicum), their long term interests can also be better served and new ways of living together, even cooperating within the land community, can start to open up. The conflict paradigm is clearly not the only game in town, co-existence may be a far better one.

If we go further and accept that the situation is really about the raiding of crops of natural habitat and not crop-raiding elephants, then we acknowledge that the problem is of human rather than elephant origin.

Adam Cruise edits the online Journal of African Elephants. The Journal was created by a group of concerned journalists and conservationists, who, after years of tracking and documenting the catastrophic decline of Africa’s elephant populations, have recognised the urgent need for a dedicated English news and commentary space to enhance and increase global awareness of the plight of Africa’s savanna and forest elephants. 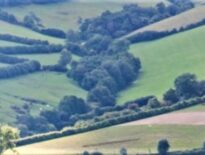 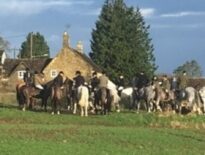 Blog Posts Covid Tier 4 | Terrible for people, not so bad for…
0