Like many other people we recently signed a petition asking the government to tighten up laws around tree felling to protect breeding / nesting wildlife. The government’s response is not exactly newsworthy – in essence, “no change needed” – but it does provide us all with a handy guide to wave under the noses of contractors we suspect might be breaking the law (unless those contractors work for HS2 who appear to have been granted licences to do pretty much whatever they like to whatever they like and seem immunised against any legitimate protest).

Of course, while trees normally offer natural protection to wildlife of all sorts, that does sometimes work the other way too. If wildlife is using the tree it can’t be felled. Unfortunately this has always lead to a surge in trees being smashed to the ground outside the breeding season (see the tweet below), and the recent disgraceful phenomena of developers ‘netting’ hedges and trees in late winter/early spring to prevent birds (especially) accessing them to nest (see – #NestsNotNets).

We’ll use the information in the government’s answer to update our page on Nesting Birds and the Law, which seems to have been picked up by Google and is regularly in our 10 Most Popular Posts list. As the government acknowledges in its response, “While illegal felling rates are relatively low, evidence suggests that they are increasing” – we all clearly need to be aware of the law and be prepared to challenge illegal work on hedges and trees whenever we see it taking place.

The Government has responded to the petition you signed – “Change outdated laws to prevent forest felling when baby animals are in nests”.

Government responded: Landowners must comply with legislation to protect wildlife such as red squirrels, bats and dormice. Granting a felling licence does not change this; it simply authorises the felling of growing trees. The Government responded to a petition on a similar issue on 29 January 2019.

When considering a felling licence application, the Forestry Commission will judge the proposals against the UK Forestry Standard: the Government’s approach to sustainable forestry.

This Standard encompasses the impacts on biodiversity and recognises the importance of priority habitats and species, including red squirrels, bats and dormice. Those applying for a felling licence are therefore required to provide evidence of how they propose to manage the impact of felling on wildlife. The Forestry Commission checks all applications against a large number of records, including Red Squirrel Reserves.

This allows the Forestry Commission to highlight any potential issues and advise the applicant how to avoid the disturbance or damage of protected species. All felling licences are also issued with a European Protected Species checklist, which provides further guidance to applicants about their duties in relation to species such as dormice and bats.

The Wildlife and Countryside Act 1981 makes it an offence to intentionally kill, injure or disturb a protected species or intentionally or recklessly damage any place a protected species uses for shelter or protection, including during the breeding or nesting seasons. A felling licence does not remove this responsibility. There is a defence if a person can show that the act was the incidental result of a lawful operation and could not reasonably have been avoided, but this would require them to demonstrate that they had followed best practice and taken all reasonable steps to avoid the disturbance or damage. The need to do this is brought to an applicant’s attention in a covering letter when they are issued with a felling licence.

Where other species affected are European Protected Species, which includes bats and dormice but not red squirrels, the defence of an incidental result of a lawful operation does not apply and the landowner must carry out an assessment of the possible impact on protected species and, if necessary, apply for a licence from Natural England. Where proposed tree felling sites carry statutory designations to protect important features, such as biodiversity, the Forestry Commission is required to consult other relevant authorities and seek their agreement as to the appropriateness of any tree felling. This consultation may result in additional advisory notes being applied to a felling licence. Any additional permissions or consents that may be required, for example, Site of Special Scientific Interest consent from Natural England, must also be in place prior to felling taking place.

In the 25 Year Environment Plan the Government committed to increase the protection of existing trees and forests. While illegal felling rates are relatively low, evidence suggests that they are increasing. As illegal felling of any kind is unacceptable, Defra is proposing targeted changes through the Environment Bill which will support the Forestry Commission in helping to deter illegal felling activity and ensure that illegally felled trees are replaced.

The Government will consider whether there is a case for further strengthening any of these arrangements by amending forestry legislation as part of any regulatory review within the England Tree Strategy.

Click this link to view the response online: https://petition.parliament.uk/petitions/328537?reveal_response=yes 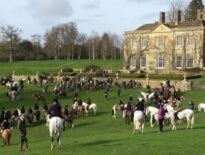 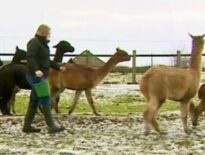