It’s official – at least, even the self-important so-called ‘Hunting Office’ (of leaked webinar infamy, and which says it is “the executive arm of the Governing bodies for Hunting with hounds” – which of course the Hunting Act 2004 says is illegal), has acknowledged that fox hunting is on hold while the laws governing the latest national lockdown are in place. The latest rules on exercise in particular effect hunts: they used exemptions to get around the ‘Rule of Six’ in the autumn, but the Government is clear that from yesterday we can only “exercise with your household (or support bubble) or one other person, this should be limited to once per day, and you should not travel outside your local area“). This, thankfully, effectively stops hunt meets taking place.

The fox hunting season (as we’ve asked many times before, how the hell can there even be a ‘season’ when fox hunting is illegal?) technically runs until the 1st of May, but many hunts pack up much earlier than that because, for example, wildlife will be breeding by then (and are therefore better protected in law) and some of the farmland they hunt over may have been planted with early season crops like winter wheat and packs of horses and dogs are no longer welcome to trample on whatever is in front of them.

Does this mean that in effect our wildlife is safe from these rural hooligans until next autumn when they go out abusing young foxes again (see – Cubbing | An Autumn Sickness)? Not necessarily. The government is keeping its options open, and have suggested that some restrictions may begin to be eased in mid-February. We can be absolutely certain that hunting lobbyists will be foaming at the mouth to be allowed to kill wildlife again before the summer break, and they will fight for exemptions again. But if full lockdown restrictions are still in place by March, then hopefully that will be the end of the hunts for the time being.

Could this mean the end of fox hunting entirely? Hunts are under huge pressure (both financially, as their income has been slashed, and from constant monitoring), and the public is more and more opposed to the widespread and organised criminality that is rife within fox hunting. Many fox hunters, though, see breaking the law as part and parcel of the ‘sport’ and – given incredibly lax enforcement – feel impervious. While they certainly could usefully spend the time changing from fox hunting to drag hunting (which is entirely legal and does not involve killing animals) they will be back chasing foxes as soon as they can get away with it again.

This is a great opportunity, though, for pro-wildlife campaigners and activists to pile even more pressure on. There will be an enormous sense of relief in many areas that hunts will no longer be running riot through villages and the countryside. That we don’t have to suffer hearing hunting horns and knowing wildlife is being chased and killed. Our feelings of dread and anger are real and justified.

So here’s an idea. Can we turn these feelings of relief into something positive by, for example, making demands on councils to ban hunting on their land? Can we explain to major landowners like the National Trust and the Forestry Commission how we feel, to help them make the current temporary bans on licencing so-called ‘trail hunts’ (brought in as a response to the leaked Hunting office webinars) permanent, depriving hunts of large areas of land?

If you would like to contribute a few thoughts or a guest post (anonymously if you prefer) we would be extremely happy to host them here on The War on Wildlife Project, collate them, and pass them on to the relevant people. Please have a look at our About page for details or leave a comment

Every ‘season’ sees hunts fold. This is probably the best chance in years to finally get this barbaric, cruel, and illegal activity shut down for good. Thanks. 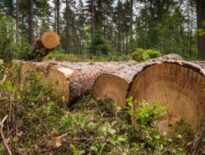