The always excellent Raptor Persecution UK (RPUK) website has posted two blogs (today and yesterday) based on Freedom of Information (FOI) requests made to Natural England, nominally “the government’s adviser for the natural environment in England” but a department which has been so ‘stripped to the bone’ by successive governments that it now appears toothless and ineffective in the face of the rising tide of wildlife crime impacting many of our mammals and birds (and in some examples actually appears to be facilitating the very shooting industry it ought to be monitoring – see Natural England protects shoot from ‘disturbance’).

Natural England sanctions the utterly stupid ‘brood meddling’ of Hen Harriers (see – Hen Harrier Brood-meddling 101), an absolute farce where supposedly highly-protected Hen Harrier chicks are removed from grouse moors, bred elsewhere, then released back into the countryside. The entire project is designed for the benefit of grouse moor owners (whose persecution of Hen Harriers has led to their catastrophic decline as a breeding bird in England in the first place) and grouse shooters, and RPUK’s request was to ascertain the survival of the chicks that had been ‘meddled’.

Last year (the first year of ‘brood meddling’), all five of the satellite-tagged chicks reared were ‘missing’ presumed dead within a few months, four of them in what are euphemistically called ‘suspicious circumstances’ – legalese code for ‘illegally killed where absolute proof is missing’. This is exactly what had been predicted: fledging chicks might give the meddling scheme a brief bit of good PR (which moorland owners gleefully recycle as proof of how much they love Hen Harriers), but it is the birds’ long-term survival that matters. Removing chicks from harm’s way but putting in no effective measure to prevent them being in harm’s away again once they inevitably find their way back to the uplands, is scandalously bad planning at best.

As RPUK has now discovered, according to the information released by Natural England, a number of satellite-tagged Hen Harriers have gone ‘missing’ since September 2020 (RPUK promises further blogs on these shortly), one of which is a brood-meddled male (Tag #55152) originally taken from a nest (BMR1) in North Yorkshire. Tagged on 11 July 2020, his tag’s last known fix was on 20th September 2020 right next to a grouse moor in North Yorkshire (grid reference SE103956).

The disappearance of this bird brought to 46 the number of Hen Harriers ‘missing’ or confirmed illegally killed since 2018 – the year that moor owners ‘promised’ zero tolerance of raptor persecution on their land because of increasing calls for the licencing of grouse shoots. And the raptor sinkhole of North Yorkshire continues to demonstrate while it’s recognised as the worst place in England for crimes against birds of prey.

However, as RPUK are reporting today, that’s not the end of the data uncovered in the FOI. It also listed the ‘disappearance’ of another Hen Harrier, Harold. Not part of the meddling scheme, Harold was satellite-tagged (#57272) in the Yorkshire Dales on 4th June 2020. His tag’s last known fix came from a grouse moor at NY830036 on 19th September 2020 – inside the Yorkshire Dales National Park and very close to where Dryad, a young Hen Harrier tagged by the RSPB in the Forest of Bowland, was also reported ‘missing’ in the same month (see – Hen Harrier ‘disappears’ in the Yorkshire Dales). So much for the glories of so-called ‘national parks’ in this benighted and crime-ridden part of the world…

Raptor Persecution UK deserves the congratulations of everyone interested in the precarious state of birds of prey in the UK for their doggedness and perseverance. The full posts are at these links and contain more details than the outline above: 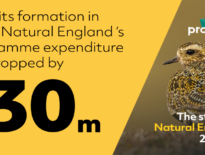 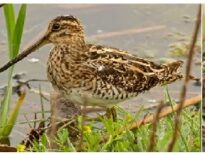 Blog Posts No, Woodcock and Snipe are NOT the same species
0