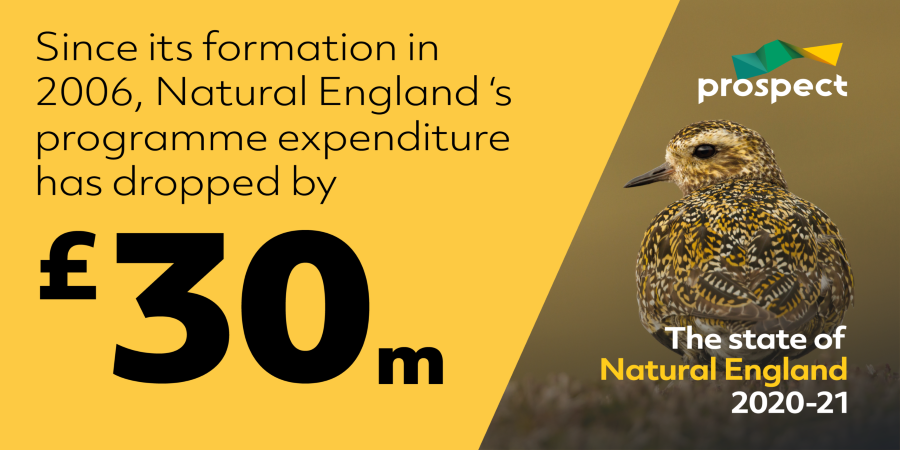 Raptor Persecution UK (RPUK), the single most accessible and reliable source for charting the illegal persecution of birds of prey on the internet, has followed up two posts on ‘missing’ Hen Harriers with another – all obtained via a single Freedom of Information (FOI) request to Natural England (NE), nominally “the government’s adviser for the natural environment in England” but a department which has been so ‘stripped to the bone’ by successive governments that it now appears toothless and ineffective in the face of the rising tide of wildlife crime.

This time it’s a young female, optimistically named ‘Fortune’, who was tagged (#162150) on 15th June 2020 at a nest site in Northumberland (site 1). In August 2020 she was reportedly in Dumfries & Galloway but on 16th September her tag’s last known fix came from an undisclosed site in Northumberland, listed by Natural England as, ‘Site confidential important hen harrier roost’. She was wearing a tag with known reliability, in contrast to the tag worn by recently-disappeared hen harrier Harold.

RPUK go on to say that there is no further information.

This means that as many as FIFTY Hen Harriers have been reported ‘missing’ (which essentially means it is highly likelythe bird was killed illegally) or been provably shot or poisoned in the last 30 months. The vast majority have ‘disappeared’ on or near grouse moors.

There is no doubt whatsoever that killing on this scale is deliberate, organised, and routine. Shooting estates and their hirelings are watching for Hen Harriers and killing them. We know it, they know it, but we seem unable to co-ordinate an effective response. Pinning hopes on a licencing scheme to dig out the rotten heart of grouse shooting and gamekeeping seems (in our opinion anyway) at best short-sighted wishful thinking, at worst colluding with an industry that has never showed any signs of changing its destructive and appalling habits (let alone our sanctioning the slaughter of millions of native mammals and birds, including Red Grouse – see Grouse moors | licencing slaughter)

A pertinent question to also ask, is why did this information have to be dragged out of Natural England via an FOI?

Natural England comes in for a huge amount of flak because as the government’s conservation watchdog we need it to be effective – but it clearly isn’t. The appointment of seasoned campaigner Tony Juniper as NE Chair in March 2019 brought a brief flicker of hope that the department would take up the fight for wildlife again, but that hasn’t transpired. NE’s support for the slaughter of badgers to protect dairy farming is an especially egregious example, and there are far too many cases of NE supporting the shooting industry (they work very closely with shooting lobbyists BASC for example (see – Natural England and BASC produce shooting report) and have blocked access to countryside to help out a shoot adjacent to an SSSi in Wiltshire – see Natural England protects shoot from ‘disturbance’).

Surely though NE aren’t deliberately hiding information from the public? After all, it’s we ‘the public’ that fund Natural England. Data on where these birds are being killed comes via satellite-tags that we the taxpayer are buying. We fund the staff working on collecting the data. And of course we pay them to run the epically stupid Hen Harrier ‘brood meddling’ scheme which sees Hen Harrier chicks translocated (or moved) from grouse moors to ‘protect them’ from illegal killing before re-releasing them back into the countryside when of course they fly back to the grouse moors and are illegally killed (which is both immensely frustrating and contrary to IUCN guidelines on translocation which say that “there should generally be strong evidence that the threat(s) that caused any previous extinction have been correctly identified and removed or sufficiently reduced – Annex 3.2“).

RPUK has its own opinion on what’s going on (citing on the 13th Jan a one-off payment of £10,000 from shooting lobbyists BASC to NE), but perhaps we also just need to look further up the food chain for where the blame for delaying the release of this data might lie. NE is (according to the jargon) ‘sponsored’ by Defra – the Department for Environment, Food and Rural Affairs – whose planned budget rocketed in 2020 to more than £4billion because of “Additional funding of £1,751 million, relating to additional budget for direct payments to farmers“.

Not very much of that budget reaches NE though, and Defra has throttled the effectiveness of NE by slashing its funding over many years. In November 2020, Prospect, the main union for workers in Natural England, published an excoriating report cleverly titled ‘The State of Natural England’ in a riff on the State of Nature Report in which conservationists looked at the failure of successive governments to reverse declines in the UK’s wildlife.

In its summary Prospect stated that:

Natural England is at risk because its funding has been slashed and its workforce reduced. Natural England’s government-funded Grant in Aid budget has declined by 49% in six years and almost two-thirds over a decade. Over that time the agency has gone from more than 2,500 staff in 2010 to, we estimate, around 1,900 staff now.

Workers in Natural England were subject to a 1% pay cap for eight years. This has improved this year but the increase comes nowhere close making up for the real-terms losses of the past decade. There is also an 8.4% gender pay gap which shows little sign of being reduced.

This is the reality of government austerity and its effect on agency staff – highly qualified workers facing financial hardship, increased workloads, loss of pension accrual, terrible morale and looking to move elsewhere for a better deal. Successive ministers have made things worse by undermining and attacking the independence of the work of agency experts.

The Guardian covered the launch of the report, quoting an employee who said that “she was earning £20,000 for four days a week and worked two extra jobs to make ends meet. She had been working for a decade before joining the agency and had two first-class degrees from Oxbridge. When she raised the pay issue with her manager she said she was told, “it’s normal for people in Natural England to have second and third jobs to get by”.”

It is really Defra that is pushing the massacre of badgers on behalf of the dairy industry, Defra that organises the pitifully poor General Licence scheme that has been so successfully challenged by Wild Justice, Defra that green lighted the resumption of shooting in May during the first lockdown, Defra that typically answers online petitions asking governments to ban driven grouse shooting with a curt “The Government has no plans to license grouse moors nor to introduce vicarious liability in England for offences related to wildlife crime”, and it is Defra that has cut NE to the bone.

Defra closely reflects government thinking of course, and the government is by and large supportive of shooting and the shooting industry, sidestepping wildlife crime statistics to champion the tiny employment ‘opportunities’ offered to, for example, beaters who allegedly often flush birds to wealthy shooters for so little money that shooting lobbyists set up a fundraiser for them (see – 2020. Not a good year for gamekeepers).

None of this translates into NE’s deliberate withholding of information, of course, but you do have to ask just what incentive there is for a demoralised and depleted workforce to spend time pushing yet more proof of shooting’s failings into the public domain? Or what pressures that same workforce might be under to make sure those failings are not all that easy to find… 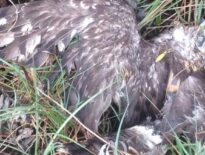 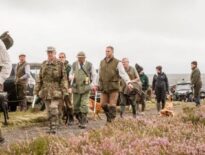