A report emerged yesterday of a joint agency investigation by Suffolk Police, Natural England, and the RSPB Investigations Team into yet another killing of a Buzzard. There are few details at the moment (with no mention on the Suffolk Constabulary website), but a tweet from Suffolk Rural & Wildlife Policing said that several guns had been seized along with the ‘professional’s’ weapon of choice against birds of prey – pesticides (a few grains of Carbofuran sprinkled on to a rabbit corpse makes for an illegal but cheap and highly toxic bait).

Suffolk has form when it comes to killing Buzzards. In February 2018 two buzzard corpses were reported to Suffolk Constabulary in an incident described by naturalists as “appalling and abhorrent.” The bodies were found in woodland known as Little Carr, “on the edge of a shooting estate” on the banks of the River Dove, near Hoxne. These birds were shot and were also thought to have died in January, which is when Buzzards become more visible and vocal again as newly-established pairs begin courtship displays and the pheasant shooting ‘season’ is drawing to a close.

Gamekeepers have repeatedly insisted that the growth in the UK’s Buzzard population (long suppressed by persecution) has put livelihoods at risk, “with too many pheasants and grouse being killed“. The current welcome resurgence in Buzzard numbers is often described (even by the RSPB) as partly due to “the enlightened attitudes of lowland gamekeepers” but of course all birds of prey have been protected for decades, and the ‘enlightenment’ is more likely to be down to better enforcement. It’s needed as much in Suffolk, a county stuffed with shooting estates, as it is in Scotland. In 2017 the RSPB’s Birdcrime report stated that a quarter of illegal incidents of bird of prey persecution in the UK took place in Eastern England (these included a Buzzard and a Peregrine being shot or shot at in Suffolk), and that 67% of people convicted of a raptor-persecution related crime since 1990 were gamekeepers. Sergeant Brian Calver of Suffolk’s Police’s Rural and Wildlife Crime team said at the time that “many incidents of raptor persecution tend to happen in isolated areas, making detection a challenge”.

Hopefully on this occasion at least the criminal responsible will be caught and prosecuted. 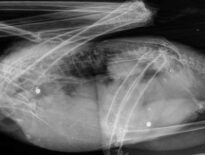 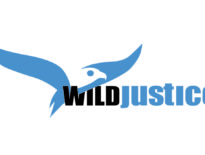