We wrote earlier this week about a leaked meeting at which the ‘leaks like a sieve’ Hunting Office discussed raising funds for Vote UK, a pro-hunt lobby group that sends supporters out to knock on doors during elections. Their aim is of course to ensure that pro-hunt electors turn out to support pro-hunt candidates.

In that article we referenced – as an example – Jonathon Seed, a former Avon Vale Hunt master and now Wiltshire’s Conservative candidate for Police and Crime Commissioner (PCC). Elections for the role will be held on the 6th of May.

Mr Seed has been coming under increasing scrutiny from a number of local hunt sabs groups which have been looking hard at his time as Master for a hunt that is still out chasing wildlife through the countryside, including well-reported claims (which Mr Seed has always denied) that as the man in charge of the hunt he had some responsibility in the digging out of a badger sett.

Mr Seed has never been charged with any offence under the Hunting Act (and we’re certainly not suggesting otherwise) but he does appear to be getting very ticked off with questions about fox hunting. On the one hand you might say that’s fair enough – after all widespread illegal fox hunting in Wiltshire is just one of many, many crimes and issues that a new PCC might be expected to deal with. On the other, you might reasonably ask whether a former hunt master who has hunted for years and called for repeal of the Hunting Act might (how can we put this) show some ‘unconscious bias’ when it comes to policing fox hunting?

We’re not the only ones wondering that, judging by an article last week in ‘Devizine‘, an online guide to What’s On in Wiltshire, covering Devizes, Chippenham, Trowbridge, Melksham, Calne, Marlborough, Swindon, and Bath.

Under a header which quotes Mr Seed saying that nobody wants to talk about hunting except ‘trolls’ (does that include the Hunting Office and the so-called Countryside Alliance which talks about little else, we wonder?), reporter Darren Worrow underlines just how frustrated Mr Seed is getting that anyone should be remotely interested in his long history of killing wildlife while on horseback.

The opening paragraphs of the article (which is still online so presumably has been cleared by a legal team at ‘Devizine’) explain precisely why we are interested:

In 2012 five members of the Avon Vale Hunt, including the master huntsman and Wiltshire councillor, Jonathon Seed appeared in court charged with breaching the Hunting Act 2004. Though they all denied the breach before magistrates in Chippenham, Seed made a statement released to the Wiltshire Times, “This is a private prosecution by the RSPCA and I believe that it has been commenced for political reasons, as their stance against hunting is well known and it is of great significance that Wiltshire Police, after advice from the Crown Prosecution Service, declined to take this case forward. These proceedings are an abuse of the private prosecution system, which needs to be addressed in due course.”

And how best to address said abuse? Elect to become Police Crime Commissioner, that’s how. Perhaps it’s an episode the councillor wishes would disappear, going on the rather defensive attitude he put up when I chatted with him about his campaign this morning.

People change their mind of course, and this statement was made back in 2012, but a PCC candidate must surely understand that simply snapping ““Do you have anything to ask about the campaign…or are you just interested in the Avon Vale Hunt?” and then claiming that only ‘trolls’ are interested in discussing a serious wildlife crime, isn’t a very good sign that a candidate for a high pressure role deals very well with questions they don’t like. 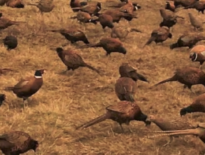 Blog Posts Staggering biomass of birds released by shooting i… 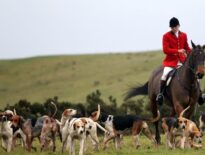