Back in 2019 conservationist and campaigner Dr Mark Avery recorded a podcast with us (one of the very first after we launched The War on Wildlife Project) which referred back to a short paper he’d just published in the esteemed journal British Birds which was titled ‘The Common Pheasant – its status in the UK and the potential impacts of an abundant non-native’.

In the written introduction to the podcast (see – Mark Avery | The Common Pheasant) we said that:

The Common Pheasant has become ubiquitous. They are everywhere, walking around fields or lying dead by the side of the road, painted on signs and cards or hanging by the throat in shop windows. Remarkably though, pheasants aren’t native to the UK: they’re introduced – they’re only here, and here in staggering numbers, because some people like to shoot them.

Estimating just how ubiquitous pheasants were in 2019 was an imperfect science. No-one kept exact figures, but the shooting industry itself reckoned that they were releasing around forty to fifty million pheasants and perhaps ten million Red-legged Partridges into the countryside – a nine- or ten-fold increase in the last 50 years. Remarkably these releases of non-native birds were entirely unregulated. As Mark pointed out at the time there would be nothing to stop them throwing out one hundred million the next year, perhaps even more the next.

Things have moved on a little in the last eighteen months. The shooting industry has been rocked by Wild Justice’s challenge to these releases – in October last year they secured a long overdue review and a future licencing scheme – and now the claims made about the staggering total biomass of all these birds totalling around HALF of all the other birds in the UK added together has been vindicated in a new paper by Tim Blackburn and Kevin Gaston in Biol Invasions. ‘Contribution of non-native galliforms to annual variation in biomass of British birds‘.

Estimating avian biomass is not an exact science of course (unlike in the rest of Europe where there is regulation in place shooting industry figures here are still estimated, and wild bird populations of course vary depending on factors like breeding success) but the authors go into great detail in the about what they base their figures on, and their conclusion is the same as Mark’s was back in 2019:

We estimate that around a quarter of British bird biomass annually is contributed by Common Pheasants and Red-legged Partridges, and that at their peak in August these two species represent about half of all wild bird biomass in Britain.

Blackburn and Gaston, ‘Contribution of non-native galliforms to annual variation in biomass of British birds’, January 2021

We live in a severely nature-depleted country. In WWF’s Living Planet report, published in September 2020, the UK placed 189th out of 218 countries on their remaining biodiversity. More than one in seven of our native species face extinction and more than half (56%) are in decline. Causes include enormous habitat change and a huge loss of available food. Competition for what remains is intense.

So how about adding to our native wildlife’s problems by releasing around fifty million voracious and aggressive pheasants into the environment every single year? So many that around the start of the pheasant killing season they actually weigh almost the same as all our other birds added together!

In what world does that make sense? Leaving aside that they’re actually quite beautiful birds, Pheasants contribute absolutely nothing to the countryside. It takes years to get permits to release just a handful of Beavers into our rivers – they were once widespread here and they create valuable habitat while increasing diversity. It’s proved almost impossible to get permission to release Lynx – another species once here in good numbers that could help restore woodland understory by preying on Roe Deer. Wolves? Forget it. But the shooting industry can casually release a huge army of non-native pheasants that prey on everything from seeds, berries, leaves and insects to declining adders and lizards.

Just so that they can be shot.

It’s a ridiculous state of affairs, and all the while gamekeepers and shooting lobbyists are trying to make us believe that there are ‘too many Buzzards’ in the UK and that Hen Harriers (almost extirpated as a breeding bird In England by gamekeepers) should be brood ‘meddled’. Little wonder that we’re in the bloody mess we’re in…

One thought on “Staggering biomass of birds released by shooting industry” 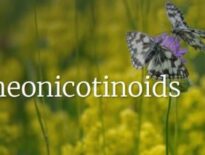