So yet again it turns out that the one thing that really annoys gamekeepers is when a country, its public, its conservationists, and its politicians tell them to stop killing something. It almost doesn’t matter what: Hen Harriers, Golden Eagles – or Mountain Hares. Inevitably they will whine that – oh, you can make the rest up yourselves, but basically it will include ‘economy’, ‘the rural community’, ‘townies don’t understand’, ‘anti-shooting’ and something nonsensical about Curlews.

Which is the gist of what the loudmouthed lobby group that represents a tiny workforce paid to kill wildlife so that wealthy shooters can fly or drive up to Scotland to kill other wildlife is – inevitably – saying now that they can’t just go out and massacre Mountain Hares on a whim. Here at The War on Wildlife Project our hearts bleed for them.

Just why the opinion of The Scottish Gamekeepers Association is taken as remotely relevant can only be explained by thinking about who employs them: some of the wealthiest landowners in the UK. Because the SGA (according to their own figures) ‘represent’ just 5300 ‘gamekeepers, stalkers, land and river ghillies, wildlife managers and rangers’. That’s less than 0.01% of the Scottish population (around 5.46 million). It’s about 0.18% of the roughly 1.9 million visitors to the Cairngorms national park. There are about three times as many enrolled students at Aberdeen University. It’s actually about the same as the number of 75 – 80 years olds in the borough of Telford and Wrekin. Not much more than Bury FC were getting through the gates before being expelled from the English Football League after liquidation. Yet the SGA get to spout off about killing this and killing that and banging on about how civilisation will collapse if the killing were to stop…

Actually, IF the killing did stop then civilisation might just start to come to the grouse farms that have spent two centuries slaughtering and destroying and emptying whole ecosystems of anything that might threaten their profits. While much better enforcement, proper punishment, and a wholesale change in culture (the media could stop describing this mass killing as a ‘cull’ for start – see Language Matters | Cull) would really protect Mountain Hares, licences are a start and thankfully from March 1st, despite the howls of the SGA and the landowners, some of that killing will – hopefully at least – be less driven by greed and crap ‘science’.

A ban on the unlicensed culling of mountain hares will come into force from 1 March, the Scottish government has said.

They are being given the protection under new regulations introduced to Holyrood, which MSPs voted in favour of in June last year.

Concerns had been growing about falling numbers of the native species.

But gamekeepers said MSPs made a “grave mistake” and the move was bad for land management.

They said culls were necessary to prevent damage being caused to sensitive habitats as well as reducing the risk of a tick-borne disease spreading to grouse.

Previously a licence was only required during the closed season for shooting hares – which runs from March to the end of July.

From March this year, licences will be required throughout the whole year and it will be illegal to intentionally kill, injure or take mountain hares at any time unless one is obtained.

Scottish government said licences would be issued only under certain circumstances, such as concerns for public health or protection of crops and timber.

he ban is an addition to a new law to increase sentencing for wildlife crime.

The Scottish Greens had sought greater protection for mountain hares as an addition to a new law to increase sentencing for wildlife crime.

An amendment from Green MSP Alison Johnstone was passed by MSPs by 60 votes to 19.

Maximum penalties for hunting or harming mountain hares without a licence include five years imprisonment and unlimited fines.

Ecologists say numbers have been in decline since the 1950s with Scottish government figures suggesting about 26,000 hares are killed every year.

Donald Fraser, of NatureScot, added: “Mountain hares – our only native hare – are an important and valued species in the Scottish hills.

“This increased protection will help ensure healthy populations of mountain hares can be found and enjoyed in the mountains, while giving some recourse when there is a need to prevent damage being caused to saplings or sensitive habitats.”

The Scottish Gamekeepers Association has described the new regulations as a “bad law” and said the views of rural working people had been ignored.

Scotland | Date set for b…

Blog Posts Petition | Vote of No Confidence in Jonathon Seed… 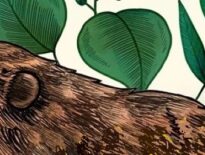