Only ‘trolls’ are interested in talking about hunting, Mr Seed (see – PCC Candidate says only ‘trolls’ talk about hunting)? No-one cares that you spent years and years chasing and killing wild animals while you were riding with the Avon Vale Hunt. Mr Seed? No-one doubts that you will be unbiased in your policing of so-called ‘trail hunting’, Mr Seed? No-one is concerned that a pro-hunt lobby group is raising funds to support pro-hunt candidates in the upcoming Police and Crime Commissioner elections, Mr Seed (see – Hunting Office seeking to influence Police and Crime Commissioner elections?)?

Actually, it appears that many ordinary people are interested, do care, have doubts, and are concerned Mr Seed. Perhaps you’ve picked that up from local village forums, Mr Seed, which do appear to be somewhat hostile towards your PCC election aspirations? Or perhaps from the response to the petition below, organised by Keep the Ban – which if nothing else has probably alerted you to the fact that even if you do win there will be MANY people watching your every move very, very carefully, Mr Seed.

If you agree that residents of Wiltshire deserve to have a Police and Crime Commissioner that is not tainted by long association with foxhunting, then please sign the petition here: Vote of no confidence in Jonathon Seed

Petition | Vote of No Con… 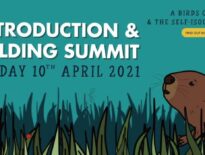 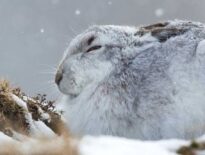