Congratulations Wild Justice. After some very focussed work on social media (we should now start calling the three founders and Directors – Drs Mark Avery and Ruth Tingay, and Chris Packham – ‘social media influencers’ though thankfully it’s doubtful we’ll ever see any of them lording it over the rest of us by mailing in their blogs from Dubai) their epetition to get a government debate over the shooting of badgers has reached (and passed) the requisite 100,000 signatures (10,000 signatures gets you a government response, 100,000 triggers a debate at some future date).

As Wild Justice – and many experts – say,

“Shooting is poorly monitored and Wild Justice believes it has never met the animal welfare standards recommended by a 2014 Independent Expert Panel, whose recommendations were accepted by DEFRA. This method of culling is inhumane and should be banned immediately.”

As WJ also says, there is no guarantee that a debate will take place – many petition debates have been postponed during lockdown and are stuck in backlog (including a previous one triggered by another Wild Justice petition, this time on banning driven grouse shooting which was due to take place last month), but simply be exisyting and attracting this level of support petitions like these increase pressure on Defra and the dairy industry by demonstrating – again – that the public mood is against the free shooting of a protected species by ‘mercenaries’.

Any debate that does finally take place is likely to see the government wheeling out NFU reps and pro-cull dairy farmers to back their methods. Were shooting to be banned the unscientific and cruel badger ‘cull’ would pretty much grind to a halt. Their arguments increasingly don’t stand up to scrutiny, though, when more and more of us know about lax biosecurity on farms, the effectiveness of vaccines (the opposition to which in the current circumstances is beyond irony), and that the evidence for slaughtering hundreds of thousands of individuals of a much-loved species to prop up the dairy industry just isn’t there… 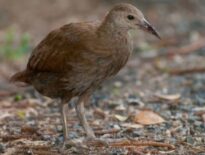 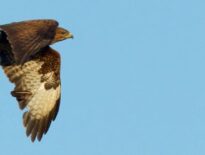