It’s hard to believe that around this time last year I was at a social gathering (remember those?) in London celebrating Wild Justice‘s first birthday (see Happy Birthday Wild Justice). It either seems like a whole world and an impossibly long time ago, or one of those landmark dates that make you think, ‘That was a year ago? Already?’. Such – it seems to me anyway – is the time-bending effects of pandemic and multiple lockdowns, weeks marked by Marina Hyde columns in The Guardian, and news cycles dominated by Brexit and Donald Trump.

But nevertheless, a year has passed and with every month, with every crowdfunder and brilliantly argued court challenge, Wild Justice has matured from ‘You know, that’s an interesting idea‘ to ‘Wow, now that is how you get things done‘.

Not a bad start, indeed.

Personally I find what might loosely be called ‘conservation’ to be disappointingly staid and risk-averse. So many decisions about how our countryside should be run are being determined by a handful of environmentally-damaging industries, and conservation doesn’t seem to know how to respond. The shooting industry, for example, has normalised killing on an enormous scale and has gone virtually unchallenged for far too long. Our larger, flatter-footed organisations are reactive, determinedly neutral even when they are being scavenged on by the likes of BASC (or indeed the NFU).

It’s rare that something like Wild Justice comes along that is straight away so instantly appealing and that ‘feels’ like a new approach to old problems (rewilding is another, perhaps, which similarly seems to look at things differently and say, ‘There are better ways of doing this‘). Challenging bad wildlife and environmental law (which is what Wild Justice does, rather than, as those industries allege, take an oppositional stance just because they’re ‘antis’) is simple enough that it makes you think ‘How come that’s not been done before‘ (or even, ‘Why didn’t I think of that?’), but it’s only when you actually stop to think about the detail that you understand why me, you, and most everyone else isn’t doing it as well. It takes a combination of knowledge and experience. It takes a clarity of thought and ability to ignore distractions that many of us don’t have. As a result, Ruth Tingay, Mark Avery, and Chris Packham make what they do seem easy, but it’s not.

There are other qualites to Wild Justice that are perhaps less obvious which (I think) explain how have they made such a difference in two short (or two long?) years…

As I said, they make all that seem simple, but it’s not. It’s really not.

So, two years eh. It seems a bit odd wishing an entity like Wild Justice a ‘Happy Birthday’, but I’m guessing that what we mean is ‘May you be around – doing what you do – for many, many more years‘. At least, that’s what I mean anyway… 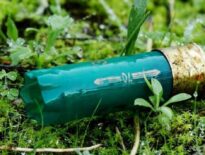 Blog Posts Lead shot will finally be banned in wetlands 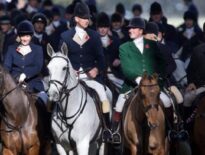