Recently launched by Brighton-based Drew Taylor, this government e-petition to ‘Introduce a national fishing line recycling scheme’ runs until August 2021. Drew says that he wants to “highlight ways we can make small changes through education and increased accessibility to recycling points”.

Is recycling fishing line an important issue though? Absolutely. Birds and other wildlife are regularly caught up in the almost invisible monofilament lines (and the hooks attached to them) that are all too frequently left behind by recreational anglers. And according to the Anglers National Line Recycling Scheme (ANLRS), which began in 2016, the amount of line discarded per annum (if 2 million UK anglers only re-spools 2 reels with 200m of monofilament line once a year) is a staggering 400 MILLION METRES. And that the amount of time it takes for heavy monofilament to degrade in a landfill is 600 YEARS.

Fishing line is a high density plastic and it requires a special recycling process. The ANLRS is a positive step forward but if successful this petition would add legislative weight and government funding and help make recycling a ‘normal’ part of angling – which seems to us like a very smart idea.

@Saffy_1999: Completely agree with Clive ... really time to push this. Have you guys not seen the stunning videos of #madmarchhares boxing in the morning light? #stunning. They need our #protection https://t.co/El4AtWAPRu
h J R
@WarOnWildlife

@GowerClare: And today's dead bird stashed under a bush - a buzzard!! 😳😢😡 https://t.co/7jiYoSVDuq

@GowerClare: Today I found one of the grimmest things I have ever seen whilst on my survey. A stash/pit of dead corvids hidden away under a dense holly hedge on farmland. A mix of corvid species including some ravens. These 16 skulls are just a few of them. 😡😢 @Natures_Voice @IoloWilliams2 https://t.co/AnAJDbWlRp

@gill__lewis: @RaptorPersScot @GlosPol_Rural @ChrisGPackham @MarkAvery @natalieben @IoloWilliams2 @RareBirdAlertUK @McKenzie6593 @ukwildlifecrime @GreeneIndy The people who shoot these birds of prey are so dissociated from nature - this looks like shot gun pellet - hence probably someone who likes to shoot or protect game. They cannot see the beauty of these birds or the wild. It's just target practice to them.
h J R
@WarOnWildlife 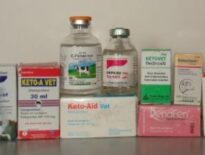 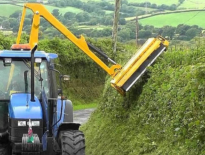