Guest post by George Millins. George is 82 and a retired engineer. He is a keen nature conservationist based in West Suffolk who surveys for wildlife, including reptiles, and encourages land owners to establish habitats. He monitors the fate of many locations where translocation has taken place following housing and industrial development but where long term safeguards of the interest has often been abandoned.

In the following post George delivers stinging rebukes to EDF Energy and to the authorities charged with protecting wildlife at Sizewell in Suffolk, where development plans to build twin fission reactors appear to be ignoring legislation and established ecological best-practices. It’s a sad but timely story that raises serious concerns about planning permissions and law enforcement in 21st century Britain.

Plans to build twin fission reactors at Sizewell in Suffolk are a monstrous insult to the Suffolk Coast and Heaths Area of Outstanding Natural Beauty (AONB). Already a broad range of objections relates to how construction plans with thousands of workers will swamp this fragile place. There are safety (1) concerns and plans for a permanent uranium isotope storage dump on the side of the beach. This lies next to a coastal sandbank that was formed by a storm surge in 1953 that has halved in size since 1995. The idea that the station will form an island in the sea is a distinct possibility (2), not a guess or a worst-case scenario.

The effects of new roads and road traffic is a particularly nasty way in which wildlife is fragmented and then depleted in a landscape.

Under Sizewell C (SZC) plans, a new road will cleave the entire AONB in half from east to west, forming a congested rat-run to the narrow A12 and Yoxford village, clogging its already narrow and parked-up high street. Hideous, poorly screened, large and out of character car parks and roundabouts will make this fragile part of Suffolk more like the trading areas around Ipswich and Lowestoft.

The coastal landscape from Southwold south to Bawdsey offers reptiles birds and other wildlife a rare opportunity to remain and sometimes flourish. Walberswick south of the Blyth river gives way to Dunwich Heath and RSPB Minsmere. Land to the south of Minsmere is under threat not just from new roads but effects from the massive SZC construction village.

But I am going to dwell on one aspect of the nuclear threats that is close to my heart; reptile life. AONBs are supposed to be special and immune from degradation. The Suffolk Coast has precious little heathland and undisturbed coast left and this area is the home to our snakes and lizards that often struggle inland due to intensive farming. Parts of the sandy nuclear reactor platform has colonised with gorse and scrub, and it is now a paradise for reptiles.

The sand and shingle beach that stretches in front of the existing and proposed reactor site was recovered after the construction of Sizewell (SZ) ‘A’ in 1966 and SZ ’B’ in 1995, having been extensively dug up. The beach was re-formed and re-planted, but not recovered as the bird and insect rich paradise remembered by locals. Nevertheless, patches of hundreds of Harebells flourish, lichen dune heath has slowly formed and terns try to nest. But also, the four species of reptile (two snake and two lizard species) reach very good numbers and they are protected by law. Thousands of reptiles now live in and around where the nuclear development will destroy.

So what is the EDFE plan to re-home them?

The areas to be destroyed for reactors and roads is huge

So huge that the proposers EDFE (Électricité de France Energy) have begun to try to return surrounding arable land back to grassland and heath.

Yet little attention has been paid to proper habitat reconstruction methods. The approach has been the subject of a substantial complaint by a local resident, ecological consultant Tom Langton. He happens to be a leading amphibian and reptile conservation expert, with huge experience in reptile translocation and habitat restoration. He is also an expert on the impact of roads on wildlife and road impact mitigation. He wrote to EDFE during an emergency (5th) EDFE consultation just before Christmas on missing information in the nuclear build proposals. Government agencies also say environmental proposals are still not clear (3) enough, with EDFE’s plans due to be examined by the Planning Inspectorate (PINS) this spring and summer.

Land needs to be de-compacted and stripped of fertilizers in a careful way,

Farmed land needs to be nurtured back to nature; de-compacted and stripped of fertilizers in a careful way, as done by conservation bodies in recent decades. It takes many years before wildlife return in good numbers. But all I am told that has been done is to spread a bit of grass seed, and digging of long trenches and filling them with wood debris. Dropping large hay bales on top for good measure. This is also supposed to be good for Marsh Harriers but can only remain a parched lifeless prairie.

The reptiles have not moved in naturally after several years, and the land is in no fit state for their release. It won’t be, to any serious extent, without starting again with use of crops to strip the nutrients. And old, valued habitats such as wetlands that could have been improved for amphibians (as previously apparently agreed) have been lost to over-deepening. In woodland areas, trees have been cleared but rich topsoil left in place, making for brambles and rapid regrow. It will never make manageable reptile habitat. It seems like a comedy of errors but this is serious.

Worse than this comes news that EDFE is being advised to use a misconstrued reference ‘displacement’ of reptiles from Defra’s online notes (4) (what we call in the trade a ‘cowboy’ substitute for the practice of careful capture) with translocation to properly (5) recovered habitat. Just before Christmas, the 100-year-old Coronation Wood was cut down near the new reactor site.

EDFE now plan to dig up flooded and frozen reptiles in March 2021 – for their funerals?

No effort was made to capture the reptiles yet heavy machinery was used with ecologists watching the ground. How so? With x-ray eyes to follow the mammal runs where reptiles often hide? The planning authority looked away when incomplete and out of date survey was used (contrary to CIEEM guidelines) and as revealed when local resident Joan Girling (6), with the support of local NGO ‘Together Against Sizewell C’, took East Suffolk Council to the High Court over partisan planning decisions. The Suffolk Wildlife Trust’s objections to treating reptiles this way have also been ignored by the Strategic Planning Committee of East Suffolk.

Now Suffolk Constabulary seem to have walked away too. EDFE who refuse to consult or talk about their corner-cutting plans with relevant experts intends to try to dig up reptiles in March 2021, further breaching best practice guidelines in what may be criminal conduct. The freshly exposed tree stumps that remain have been waterlogged and frozen this winter and the ground smothered in wood chipping suffocating it. It is a disgraceful act that should be stopped by the police. Bats used some of the trees and this matter too is under investigation with Natural England refusing and then issuing a bat licence based on what was found when the trees were cut down with someone checking one side of the tree from a cherry picker for a couple of minutes only. It was licensed on the basis that if bats did/do die, something will be done to make it better.

Do the police now follow a political agenda with wildlife crime?

I say all this with hard experience. A County Wildlife Site in Sudbury was part-cleared with machinery last June when the planning authority omitted a suitable planning condition. This should never have happened, and a member of the Suffolk Rural & Wildlife Policing Team refused my request to stop the work on Day 1. It took the mangled dead bodies of slow-worms to be found for another officer to do the right thing on Day 2. What is going wrong with our wildlife enforcement these days, I ask? (see – Suffolk police and the Wildlife & Countryside Act)

The police declined to fully investigate, something that I understand is happening at Coronation wood at Sizewell, just a few months later. Finally, however, after I was forced to pay for legal representation the police lawyers admitted the correct reading of the law. At Sizewell even the Council ecologist had objected (7) to the reptile removal methods proposed, yet this was ignored. This seems to be the worrying trend these days as Natural England dumbs down the essential components of mitigation in development control in the hope of a robust offsetting system that they have comprehensively failed to deliver.

Established wildlife protection approaches have been wrongly cast as over-burdensome in recent years by vested interests and their servants in high places. The political nature of policing these days makes me shudder in terms of what we now see and are facing. What we have built up over the last 40 years is being pulled down, nest by nest, burrow by burrow, den by den, sett by sett.

EDFE to trash the AONB on the Suffolk coast?

Yes, with dangerous roads with inadequate crossing points for wildlife and sterile habitat creation. Present on paper but with a clear net loss of wildlife, both in quantity and quality. No net gain at all. Badging the whole effort as re-wilding in recent weeks is just another deception in ‘fake news’ handouts posted to local people?

So called ‘off site’ compensation, away from the AONB is just more tinkering, that at best will split up current value and leave multiple eyesores in a remote landscape. Ruining it for a proportion of the fragile birds and other species on and off internationally important sites.

If you love Minsmere (8), join in the protest now or regret it forever. Once covid restrictions are lifted please come down to Sizewell and make your feelings known. The RSBP and Suffolk Wildlife Trust, who I am told have tried to work closely with EDFE, are now conflicted by the dreadful proposals and lack of information.

How can this be allowed? If other nuclear sites such as at Wylfa Newyyd (9) in Wales are stopped by the planning inspectorate because of their impact on the environment, how is it even possible for Sizewell to be considered? With EDFE’s tarnished approaches before the project even has permission? To carry on in 2021 the same way that they started this winter?

To sum up, in reality the questions are; why are the planners failing in their legal duties, why is wildlife law being broken, and why are the police are increasingly hesitant? 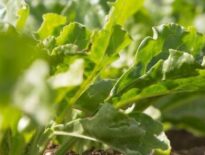 Blog Posts Neonicotinoid seed treatment will not be used on 2…