An emergency authorisation for the use of neonicotinoid seed treatment Cruiser SB on this year’s sugar beet crop will now not be used, after analysis of aphid populations by scientists.

Three neonicotinoids (or neonics as they’re often known) were banned in the UK for outdoor use after their impacts on bees and other pollinators could no longer be denied by the agricultural industry. Cruiser SB, made by Syngenta, contains the banned neonic Thiamethoxam, a potent toxin that a 2017 report in the journal Scientific Reports said altered “honey bee activity, motor functions, and movement to light” and which was reported almost a decade ago to have “high toxicity to birds if directly consumed“.

The request for emergency authorisation was prepared by British Sugar, NFU Sugar and the British Beet Research Organisation (BBRO), in January. They were seeking a positive recommendation by the Expert Committee on Pesticides and then approval by Defra. Approval was subject to a threshold for the level of crop damage predicted from virus yellows infection, which is carried by aphids.

Defra granted use saying that sugar beet is not a flowering plant (so not used by pollinators, though they acknowledged that nearby flowering plants might become toxic) and that they were satisfied that the conditions on use were robust enough that risks to insects were “considered to be acceptably low enough that the benefits outweigh them“. In other words, killing declining insects to grow a zero calorific crop was more important than wildlife protection…

Spraying will not now take place, as new modelling carried out by Rothamsted Research (one of the world’s oldest agricultural research institutions) has confirmed that the virus yellows prediction for the 2021 sugar beet crop remains very low. They say that the cold weather has had a significant impact on overwintering aphid populations, both reducing their numbers and delaying the date of their migration into the 2021 crop.

Their forecast predicts that 8.37% of the national sugar beet area will be affected by virus yellows by the end of August 2021, and that the date of first aphids arriving in crops will be from 18th May, much later than when aphids were first recorded in crops in 2020 which was in late March.

“Clearly, the cold weather has had a significant impact on overwintering aphid populations, both reducing their numbers as well as the date of their migration into the 2021 crop.

“This is a very similar national forecast to that in 2018: aphids were first recorded in crops in late May 2018.”

No doubt agriculture will try to circumvent the ban on neonics the next time they want to help obliterate what is left of our insects though. And no doubt campaigners will be forced to respond again. It’s interesting to note that in response to a petition launched earlier this year demanding the ban on neonics be upheld, Defra replied last month with the following classic ‘Yes, we get all of that, pollinators matter etc, but, you know, sugar beet…” reasoning for why the use of Cruiser SB should be permitted in this case:

Protecting pollinators continues to be a priority for this Government. The National Pollinator Strategy sets out actions to address key risks to insect populations, such as habitat loss and fragmentation, invasive species, potential harm from pesticide use and climate change. Through this strategy, we are working with conservation groups, farmers, beekeepers and researchers to improve the status of pollinating insect species in England. For example, we are funding habitat restoration and creation and have introduced systematic monitoring of pollinators across Great Britain. We are also working with partners on species recovery and re-introduction, such as the short-haired bumblebee in Kent….

{BUT]…Emerging sugar beet seedlings are vulnerable to predation by aphids which have the potential to spread beet yellows virus. Sugar beet crops have been severely affected and 2020 yields are forecast to be down by 20-25% on previous years. The neonicotinoid Syngenta’s Cruiser SB will provide emergency protection while the beet industry develops alternative solutions. Its exceptional use will be strictly controlled.

Defra response, “Overturn the decision to allow the use of neonicotinoid pesticides”, 24 Feb 2021

‘Develops alternative solutions’? Let’s hope so, because the impression we get is that agriculture is in an arms-race type war with insects, and the dependence on chemicals has been leading one way and one way only: growing resistance to insecticides. Simiilar virus outbreaks in the early 1970s caused severe yield losses. Control of aphids then was reliant on foliar aphicides such as pirimicarb, which are no longer viable due to widespread resistance. That led to the introduction of ever more powerful pesticides which have caused enormous destruction of life throughout not just fields and field margins but in freshwater streams and rivers as well.

Protecting pollinators should be a priority for this Government. Insects are critically important to biodiversity on the planet, and we are – as most people now acknowledge – in a biodiversity crisis. Unfortunately along with so much else they haven’t done to protect wildlife, allowing a lethal insecticide to be used (even in a limited circumstance) doesn’t fill us with confidence that the government really understands that… 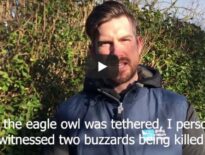 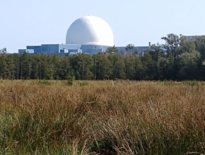