“Hedgerows are superhighways for nature, a hugely valuable and biodiverse network that extends throughout the country and includes some of the oldest and most well-established habitat in our landscapes.”

We have never really appreciated our hedgerows. Wildlife corridors, nesting areas, larders in the winter, refuges and places of safety, according to “Hedges’ (New Naturalist Series) by Pollard, Hooper and Moore, hedgerows were perhaps grubbed up or cut down at a rate of some 3,000 miles per year in the immediate post-war period (1946-63) to make way for larger, more ‘efficient’ fields. The RSPB say that “since the Second World War, hedgerows have been removed at a much faster rate than they have been planted. In some parts of the country 50 per cent of hedgerows have gone, while others are so badly managed that their value to wildlife is much reduced”.

In 1997 the Hedgerow Regulations Act (HRA) was passed in England and Wales. It requires people and organisations to seek permission before removing a hedge or hedgerow (and even small hedgerows may need permission for removal, if, for example, they are truly ‘old’ or form part of an old field system). Small hedges or hedgerows may also be important if they are species-rich; for example, having seven woody species or have particular herbaceous woodland species in them or nearby (e.g. bugle, wood anemone, dog violet).

The loss of managed hedges appears to have been halted by the HRA. Nevertheless, as we have reported on this site many times, hedgerows are still being ‘de-natured’ by ‘tidying up’, extensive flailing or even being ‘netted’ by developers to prevent birds from nesting so they can avoid potential prosecution under the Wildlife & Countryside Act.

The problem (as so often) is lack of enforcement. Why not operate on the very edges of the law if the chances of a large fine or a court appearance are minimal.

Unless, that is is, you live in Ireland, where (on the surface at least) protecting hedgerows seems to be taken far more seriously…

A “zero tolerance” approach will be enforced in response to the illegal cutting of hedges between March and August each year, Minister of State for Heritage Malcolm Noonan has warned.

This follows a recent prosecution for hedgerow destruction in Co Kildare, which resulted in a €2,500 penalty being imposed on a local farmer.

“Hedgerows are superhighways for nature, a hugely valuable and biodiverse network that extends throughout the country and includes some of the oldest and most well established habitat in our landscapes,” Mr Noonan said.

“The vast majority of landowners are already aware that, while limited exemptions do exist, it is illegal to damage or destroy hedgerows during the breeding season.”

He said his department was responding to the undermining of habitats by recruiting additional conservation rangers and establishing a wildlife crime unit to properly resource efforts to protect nature. He called on members of the public who witnessed such acts to contact the National Parks and Wildlife Service and to provide as much evidence as possible.

In proceedings brought by the NPWS earlier this month, Robert Conlon of Athgarvan, Co Kildare, pleaded guilty at Naas District Court to two offences under the Wildlife Acts on July 15th, 2019. The case related to destruction of vegetation on uncultivated land at Dunmurry during the bird nesting season. The defendant had said he was “tidying up the place”.

Judge Desmond Zaidan imposed a €2,000 fine with costs of €500. The Irish Wildlife Trust was nominated by Mr Conlon’s counsel to receive the €2,000. 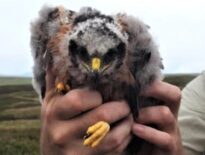 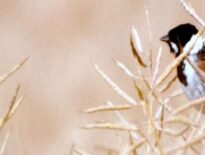