“NOT again. Surely.” So starts an opinion piece by Mark Smith in the Herald Scotland on the death of Tarras, a young female harrier found dead last month. The Herald Scotland is the longest-running national newspaper in the world with a circulation just over 25,000. Not hugely-read in national media terms, perhaps, but look how far we’ve come. Rather than unquestioningly printing lobbyist denials and the usual guff about how shooting estates are actually ‘just like nature reserves‘ and ‘no-one manages the countryside better than a gamekeeper’, the author concludes his first sentence with the lines: “You’ve probably already guessed what’s coming next, haven’t you? She had been hunting on or near grouse moors.”

Yes, of course we’d all guessed. ‘Disappearing’ Hen Harriers and grouse moors are rarely NOT found in the same sentence. We’ve heard it so damn often that it’s expected now. Even national newspapers have made the link.

Not that the grouse shooting industry seems particularly bothered. The wildlife crime that underpins the grouse shooting industry is nothing new. Gamekeepers were wiping out Hen Harriers when it was still legal to do so, and they have continued to wipe out Hen Harriers long after it wasn’t. Changes in the law have made little difference. Enforcement is impossible even when the authorities make the effort to try anyway. And the ‘threat’ of licencing will do nothing but legitimise a hobby that sees half a million grouse and millions of native animals killed in traps and snares every year.

But we still have come a very long way since Raptor Persecution UK posted their first article eleven years ago; since Dr Mark Avery published ‘Inglorious’; since the first Hen Harrier Day; since we all began to question why a few astonishingly wealthy landowners had the right to sell our beautiful birds to shooters on a day out.

That doesn’t mean that there isn’t a long way to go still. It would help Hen Harriers if our leading conservation organisations would also abandon the ridiculous notion of ‘neutrality’. Dialogue with the shooting industry hasn’t worked. The RSPB in particular is mocked online, castigated by shooting representatives in media opinion pieces, and derided as ‘dividing the countryside’ when they demand that laws protecting raptors are upheld. At the moment the superb RSPB Investigations Unit spend most of their time cleaning up the chaos that shooting causes.

In the meantime though, the tide is going one way only. Last night the final episode in a documentary series about the North York Moors aired on BBC 2. While Red Grouse and heather featured heavily, there were no images of them tumbling out of the sky. When shooting was mentioned it was loaded towards the viewpoint of the industry but caveated with just how controversial the issue of heather burning, wildlife crime, and shooting had become. Small steps but given the ‘advisers’ listed at the end, the industry will have expected something more favourable.

Mr Smith’s article in Herald Scotland is available to subscribers only, but the first two paragraphs (which are freely available) neatly summarises the now widespread understanding that this is an industry wreaking havoc on our birds of prey. As the British Trust for Ornithology says in ‘BirdTrends’, “Based on multiple field studies providing good evidence, the main driver of declines in Hen Harrier populations appears to have been illegal persecution, causing a reduction in nesting success, annual productivity and survival of breeding females.”

The shooting industry had already kicked down the fence, long after we should have all climbed off it anyway and chosen the outcome we wanted. And we want more Hen Harriers. More Golden Eagles. More Mountain Hares, and wild mammals, and rewilded uplands that are no longer death traps for whatever it is the shooting industry wipes out to protect its profits…

NOT again. Surely. Tarras, a young hen harrier who was raised on Langholm Moor in Galloway less than a year ago, has disappeared. The tag she was carrying suddenly cut out, with no warning or explanation, and no sign of her body has so far been found. You’ve probably already guessed what’s coming next, haven’t you? She had been hunting on or near grouse moors.

How many more times are we going to have to go through this? Last year, I followed the story of Marlin and Hoolie, two hen harriers who fledged in Scotland in 2018. Marlin flew to Yorkshire and Hoolie to Ireland before they both returned to the Cairngorm National Park. About a month later, Hoolie’s tag stopped transmitting, then the same thing happened to Marlin. Two more animals added to the very long list of birds that have disappeared in areas managed for grouse. 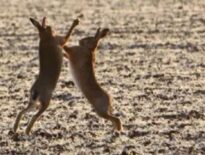 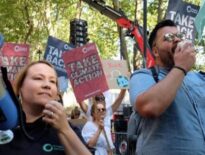