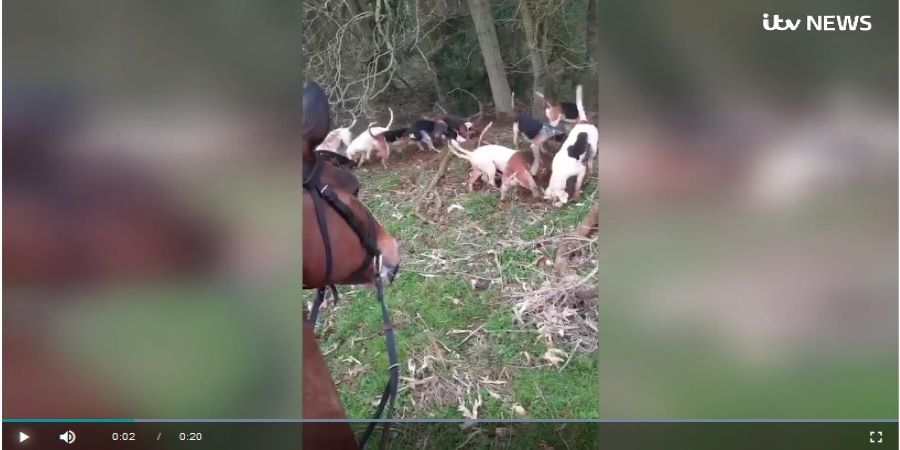 You know that lockdown thing that the vast majority of us have been so, so careful not to break – because we don’t want to pass on a potentially deadly disease, because infection rates only come down if we accept that we’re all ‘in this together’, because it’s unquestionably the right thing to do, because very few of us think that the law doesn’t apply to us? Yes, that lockdown. Guess what…hunt masters at the ‘prestigious’ (we’re quoting, though ‘infamous’ is a better fit) Quorn Hunt appear to believe that absolutely none of that applies to them…

How else to explain the utterly imbecilic behaviour of two of the Quorn’s hunt masters who got all dressed up to break lockdown, crossed borders, and actually recorded themselves revving up their hounds as they scrabbled around what is clearly either a foxhole or badger sett.

This incident of crass stupidity and illegality is reported to have apparently infuriated other hunters. Because they are all law-abiding chaps who would never do anything as completely arrogant or deluded or illegal? Perhaps, though given just how far down in the gutter hunting’s battered reputation lies following the Hunting Office webinars, the mauling of pets, the financial losses, and the decisions to suspend trail hunting licences by private landowners and large charities, the answer may be more that this is yet one more stupid, shoot-itself-in-the-foot incident that fox hunting desperately needed to avoid going into the summer…

Fat chance of that given the individuals involved – after all, Quorn huntsman John ‘Ollie’ Finnegan is already waiting to stand trial for Hunting Act charges – but then fox hunting hasn’t connected with the real world since the Hunting Act came in to force in 2005…

One of the country’s most prestigious hunts (sic) has suspended two of their hunt masters after a 70th “birthday surprise” during national lockdown in which they dressed up in full hunting attire and rode out with their hounds.

The Quorn Hunt in Leicestershire suspended the senior members following “hunting activity” on land at Burley on the Hill on March 18.

It’s understood the event was organised by Nicky Hanbury as a “birthday surprise” for her husband. Nicky Hanbury is also a Master of the Quorn Hunt.

Despite clear guidance that during lockdown hounds should only be exercised from their kennels, the dogs travelled half an hour to meet Mr Hanbury before taking to the countryside for what is claimed to be “hound exercise”.

The activity has enraged those within hunting with one “appalled” supporter of a neighbouring hunt calling on “all Quorn Hunt Masters involved in the event [to] resign immediately”.

A letter seen by ITV News says the activity shows “complete disregard and disrespect for the thousands who have died from Covid-19”, with another supporter quoted as saying they were ”furious about the actions of the Quorn”.

It suggests “this act is in breach of Covid Regulations and guidelines on Good Hunting practice”.

Video of the birthday gathering seen by ITV News shows three huntsmen on horseback wearing redcoats as the hounds zero in on what hunt opponents believe may be a foxhole or badger sett.

Joss Hanbury is close friends with chairman-elect of the MFHA, Andrew Osborne.

ITV News understands Osborne “caught” his friend after responding “to a report of hounds accompanied by three people on horseback”.

The Hunting Office say an “official spoke to those involved and the hounds were returned to kennels immediately.”

The Quorn Hunt told ITV News: “Two Masters of the Quorn Hunt have been suspended by the hunt committee as a result of an ongoing inquiry relating to hound exercise.

“The Masters of Foxhounds Association (MFHA) are conducting their own investigation and have suspended one of our Masters from the association pending the conclusion of that inquiry.”

Lee Moon, spokesperson for the Hunt Saboteurs Association, says: “It beggars belief that in the midst of a national lockdown they [Quorn Hunt] transported the entire hunt to the next county to celebrate someone’s birthday.

“Once there they engaged in illegal hunting and felt so confident they even filmed themselves doing it. Not only have they broken multiple laws but by crossing into another hunts country uninvited they’ve also broken their own association’s code of conduct.”

Leicestershire Police say: “Officers have received a report from a member of the public of hunting activity near Exton Lane, Oakham on Thursday 18 March. Enquires are ongoing to establish the full circumstances.” 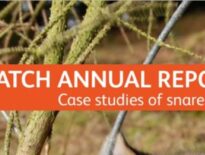 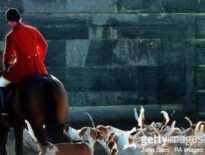