Fox hunts (and there are still hundreds operating across the UK despite the passing of the Hunting Act which banned the hunting of wild mammals with dogs almost twenty years ago) operate as businesses. Many (scandalously in our opinion) received grants to help them through lockdown – according to a report in The Independent in September last year, councils in England and Wales had by then already given hunts more than £160,000 of taxpayers’ money in grants intended to help businesses struggling during the pandemic – and those ‘businesses’ need to be insured.

A recent series of posts by the campaign group Hunting Leaks has shown that insurance is being provided by AXA, a French-based multinational insurance group which reported gross revenues of €96.723 billion for 2020. Here in the UK AXA trades as Axa UK, with subsidiaries including Axa Insurance, Axa Wealth and Axa Health. The company also owns the online insurer Swiftcover, the relevance of which will become apparent below.

According to the leaked papers, the primary reason for hunts requiring insurance was to fight (ie defend) Hunting Act court cases (which – assuming no lawbreaking was involved – would mean that they wouldn’t suffer financially for eg killing wildlife or pets, assaulting sabs or monitors, or causing car accidents). Claims made in 2014/15 were just over £84,000 higher than the premium that hunting paid to AXA (which the hunts themselves admitted was unsustainable), though hunts say that they “have improved their procedures” recently – but as the leaks clearly show off the back of the 2019 season there were pending court cases which would need to be paid for.

Clearly AXA is a huge group (with a largely good reputation) and no-one (including us) is suggesting that just by insuring fox hunts AXA is doing anything illegal (as the law currently stands at least). They would (presumably) see this as just another business to insure in good faith, and conditions within the policies they issued would (presumably) stop any claims being paid where laws were being broken.

Yet payments have been made. We have no way of knowing how claims were presented by hunts to AXA of course, or on what basis AXA paid out, but we can assure both AXA and Swiftcover that hunts DO routinely break the law – conviction rates might be small, but we’ve detailed numerous occasions on just this site alone and hunts themselves were caught admitting just a few months ago that so-called ‘trail hunting’ (their entire justification for still being out in the field with their dogs) is just a smokescreen for illegal hunting.

AXA and Swiftcover have enormous cash reserves and aren’t remotely dependent on income raised by insuring hunts. And most companies are law-abiding and (especially in the social media age) prefer not to be linked with criminal activities. Revelations that they are in effect supporting fox hunting puts AXA and Switcover in an interesting position – as they both appear to acknowledge in what began as a polite (and identical) exchange on Twitter

“We only support businesses and individuals who operate within the law“. Good to know, and we would expect nothing less. So perhaps neither AXA nor Swiftcover have had exposure to the numerous revelations about hunting? Along with a large number of other campaigners we offered to have a chat with the insurance giant any time they wanted to provide the evidence they might require to withdraw support for fox hunting – as far as we can tell these offers haven’t been taken up yet.

But let’s be fair and say that it’s been a Bank Holiday, there have been lots of people out and about, and perhaps lots of those people have been tying them up making claims – who knows maybe the dimwitted idiots highlighted in the tweet below (and in our own post – see Quorn Hunt | Arrogant, utterly deluded, or both? ) were amongst them…

If they are looking for another recent high-profile example, how about off the back of the leaked Hunting Office webinars Mark Hankinson, director of the Masters of Foxhounds Association, being charged earlier this year with intentionally encouraging or assisting others to commit an offence under the Hunting Act 2004, contrary to Section 44 of the Serious Crimes Act 2007 (see -‘Trail-hunting’ – following the trail all the way to court)?

There are numerous (or should that be ‘innumerable’?) examples of hunts breaking the law, though as we pointed out because of the evidence bar being so high there are relatively few prosecutions. Would AXA and Swiftcover really want to risk reputational damage for such small returns on the splitting of hairs though? The evidence is clear and easy to find online: fox hunts are routinely breaking the law. They are high risk, and it seems apparent from the way support is draining away from them that they need to fully adopt ‘clean boot’ drag hunting (where no animals are harmed) or be closed down.

Which way will AXA and Swiftcover go on this one? As we said, the exchanges seemed quite polite to begin with, but it would appear the lawyers have been brought in – perhaps unhappy that their copyrighted logos have been used/changed without permission?

We get that actually. Brands are very protective of their image, and we would be very careful when it comes to publishing our own messaging in a brand’s typeface and colours. However, that really doesn’t answer the legitimate concerns that Hunting Leaks have raised. The vast majority of the British public are opposed to fox hunting and more and more of us understand that the ‘trail hunting’ that hunts claim to be doing is a sham. Hunts are still going out killing animals just as they always have.

Therefore it’s absolutely reasonable to ask two questions. Should AXA and Swiftcover be doing more (or better) due diligence checks before insuring any business that potentially breaks the law? And assuming they are unwittingly insuring law-breaking hunts, why would they not respond to genuine attempts to provide them with evidence so that they can make a more informed decision on whether to continue with that cover or not?

We have no doubt at all that AXA and Swiftcover want to do the right thing. Many of us are offering to help them do exactly that. All they need to do is ask… 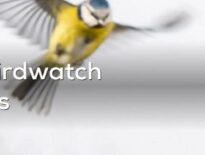 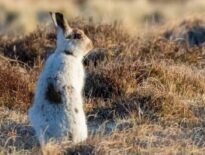