We’ve written a number of posts praising the straight-up reporting of raptor persecution in the Yorkshire Post (a daily broadsheet published in Leeds and covering the whole of what used to be Yorkshire as well as parts of north Derbyshire and Lincolnshire), most notably by Grace Newton (see for example – North Yorkshire ‘black hole for raptors’ says Yorkshire Post and North Yorkshire | Peregrine falcons found poisoned in quarry). For a regional newspaper that is sold in an area dominated by shooting estates that takes courage.

Now in another notable and entirely laudable move, the Yorkshire Post has published a ridiculous piece of propaganda by shooting lobbyists BASC (we’re guessing it would have been difficult to refuse) but then slapped a notice on it making clear that BASC paid for the advertorial (defined by the Oxford Dictionary as “a newspaper or magazine advertisement giving information about a product in the style of an editorial or objective journalistic article“) and that it does not reflect the views of the newspaper.

Well done, Yorkshire Post. It’s along past time the media stood up to the bloody shooting industry. This one-sided advert written by BASC praising death and destruction is nothing more than an attempt to push the shooting agenda on a region sick of fires and dead birds of prey. As Yorkshire resident and moorland campaigner Luke Steele said in a tweet this evening, “People aren’t stupid. Burning peat moors and killing off birds of prey isn’t the future we want for our county”.

Indeed…(and, no, we’re not linking to BASC’s advert, if you’d like to read it please use eg Google and search Yorkshire Post 13 April 2021)

Kudos to the Yorkshire Po… 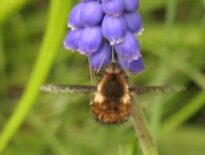 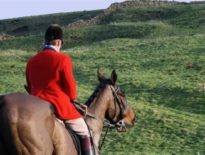 Blog Posts Why is it so hard to prosecute wildlife crime?
0