Wiltshire Conservative Police and Crime Commissioner (PCC) Candidate Jonathon Seed has tried hard to sidestep his years spent fox hunting with the notorious Avon Vale Hunt, and repeatedly claims that Wiltshire’s residents ‘aren’t interested’ in his past and that only ‘trolls’ want to talk about hunting…

While it is true to say that, generally speaking, most Wiltshire voters ‘aren’t interested’ in the PCC elections at all – at the last elections in 2016 the current Wiltshire PCC was elected on a 25% turnout of the electorate (nationwide turnout was just 27.3%) – Mr Seed does appear to have inadvertently inspired a much greater interest in them than usual. He’s even now featuring in some rather unflattering posters, ‘dozens’ of which have recently appeared around Devizes, a Wiltshire market town.

According to a report by Matthew McLaughlin (@matthew_wilts) in the Gazette and Herald (a local weekly paid-for newspaper, established in Wiltshire in 1816). Mr Seed has responded by ignoring valid concerns about hunting and saying only that “it was an “incredible shame” that people opposing his candidacy had taken to “defacing property and illegal flyposting.” – which has led to comments below the article including, “Fly posting is an incredible shame. Ripping apart an exhausted living animal apparently is not for this entitled brat“…and “Fox hunter! What an inappropriate candidate for a police and crime commissioner!“

An inappropriate candidate? That’s up to us voters to decide on May 6th of course. As stated above PCC elections haven’t interested voters in the past, but given that the huge majority of people in the UK loathe fox hunting, that the ‘smokescreen’ of so-called ‘trail hunting’ has been blown wide open by fox hunters themselves, and that the pro-hunt lobbyists Vote OK are working to get ‘their’ candidates’ into positions of influence, it’s clear that anyone who cares about our wildlife needs to make sure they spend a few minutes filling in a voting form …

Dozens of posters decrying the would-be Conservative Police and Crime Commission’s past hunting links have appeared around Devizes.

Posters asking residents not to lend their vote to Tory PCC candidate Jonathon Seed have been plastered around the town.

While many of them have been ripped down, this is not the first time Mr Seed has come under fire for his former role as a hunt master.

Mr Seed said it was an “incredible shame” that people opposing his candidacy had taken to “defacing property and illegal flyposting.”

“What is even more outrageous is that the council will now have to spend time and taxpayers’ money removing these posters, which are in violation of the council’s guidance on the display of election material,” he added.

“Serious candidates know where they can display election material and I am fortunate that landowners across Wiltshire are taking delivery of hundreds of my posters this week to display across the county.”

An online petition – which has accrued over 23,000 signatures – was set up last year declaring a vote of no confidence in the PCC hopeful.

Wiltshire voters will head to poll stations to vote not just in the PCC elections but in Wiltshire Council elections, town and parish and neighbourhood plan referendums on May 6. 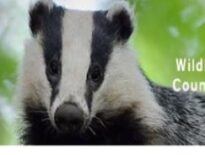 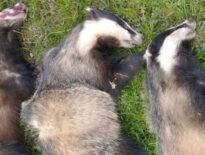