“With around 500,000 licensed hunters in Italy, this means that the national bag limit is being set at 7.5 million birds – approximately the entire remaining European breeding population which, according to the European Commission – is estimated at 2.9 – 5.6 million pairs within Europe, with an overall rapid downward trend, especially in Western Europe.“

Europe’s hunters constantly bleat on about how much they care about wildlife and even try to greenwash their goddammed and repulsive lobbyist groups by referencing ‘conservation” in their names (here in the UK of course we have GWCT and BASC who changed their names and added ‘conservation’ to them in response to growing public sentiment against going out and killing things for entertainment). The truth is that many of these ‘hunters’ are as dumb as bricks and little better than wildlife muggers who don’t actually have a single strand of conservation DNA in their entire bodies. Constantly ignoring the science, famously crying that their mental health will suffer if they’re not allowed to keep blowing small birds out of the sky, we are – as we’re often told on social media – supposed to have a ‘dialogue’ with these throwbacks.

You can not have a dialogue with someone who is incapable of rational thought and simply is not interested in listening, though. Like the grouse shooting industry and fox hunting lawbreakers here, Europe’s gun-toting psychopaths want one thing and one thing only – to spend their days slaughtering wildlife. Even if it might mean driving a species to extinction…

How else to explain the utterly shameless selfishness, the determined ignorance, the crass destructiveness, the singular focus on their own pathetic egos shown by the Italian hunting lobbyists that have persuaded a cowardly, conniving and inept government to sanction the murder of the equivalent of Europe’s ENTIRE Turtle Dove population next September?

As the Committee Against Bird Slaughter (CABS) correctly say in the press release quoted below, “European populations have plummeted by 30 – 49% in just the last 16 years. In several countries, numbers have collapsed by >90%. Yet, inexplicably, several countries including Italy, still allow these birds to be shot en masse during their hunting seasons“.

Inexplicably? Here we would differ from CABS (who know far more than we do, admittedly) and say that the one single reason, the factor that unties so many appallingly bad decisions when it comes to wildlife, is ‘because hunting wants it this way’. Dialogue with these horrible, horrible people? Given that nothing else has stopped Italy’s hunters from massacring our wildlife, the temptation has to be to simply say “Go *** yourselves” and work out a solution with someone with a brain.

Nature lovers around Europe are shocked and dismayed after the Italian government have revealed their intention to allow the shooting of up to 7.5 million turtle doves – a species of high conservation concern – with sharply declining populations throughout Europe.

The decision was made last week during a meeting of the Italian government with the regions to find an agreement on the protection of the species. While the Italian Ministry of Ecological Transition backed by The Italian National Institute for Environmental Protection and Research (ISPRA) – supported a 4-year hunting ban of the species, the representatives of the regions, pushed by the Italian hunting federation, have requested permission to resume shooting of up to 15 turtle dove per hunter between 1 – 21 September.

With around 500,000 licensed hunters in Italy, this means that the national bag limit is being set at 7.5 million birds – approximately the entire remaining European breeding population which, according to the European Commission – is estimated at 2.9 – 5.6 million pairs within Europe, with an overall rapid downward trend, especially in Western Europe.

European populations have plummeted by 30 – 49% in just the last 16 years. In several countries, numbers have collapsed by >90%. Yet, inexplicably, several countries including Italy, still allow these birds to be shot en masse during their hunting seasons.

Due to the sharp population decline, the International Union for the Conservation of Nature (IUCN) has recently up listed the species conservation status to “globally threatened”.

“Hunting of this species is not sustainable and will accelerate the decline until no birds are left. Driven by their selfish hobby, Italian hunters do not want to renounce their beloved prey. The Federcaccia Italia, member of FACE, the European Hunting Federation, has been lobbying strongly to continue blasting the very last turtle doves from the sky.”, CABS spokesperson Axel Hirschfeld said.

The conservationist continued that while most regions voted to support the hunting federations proposal, the representative of Calabria, Sergio De Caprio, was the only person in the room to stand up in defence of the turtle doves. De Caprio, aka ‘Captain Ultimo’, is a former police officer with the Carabinieri and was made famous for arresting mafia boss Totò Riina in 1993. He was also the first person in authority to combat illegal hunting in the artificial water ponds created by the Camorra gang around Naples. Now, in his new role as the representative of his home region Calabria, he is trying to save 7.5 million turtle doves from reckless pro-hunting politicians, who want to appease the hunting lobby at all costs, even if this means sacrificing Europe’s last turtle doves.

De Caprio, together with CABS, and other bird protection organisations sharply criticised the Italian Hunting Federation and their Pan-European umbrella organisation “FACE”, for actively and deliberately undermining all efforts to save the turtle dove in Europe. Pushing them ever closer to the same fate as the passenger pigeons of North America.

Hirschfeld added, “FACE and their national member organisations have not only done nothing to halt the decline, they have actively accelerated turtle dove declines by defending their so called “right” to shoot until no bird is left. At the same time, politicians are stopping the authorities from doing the right thing and instead do everything to serve the interests of a lobby group.”

In recent years, CABS has submitted numerous complaints to the European Commission against member states who have allowed the hunting of bird species with unfavourable conservation status. As a reaction to the decline and to avoid an infringement procedure, France has, for the time being at least, recently banned turtle dove hunting. 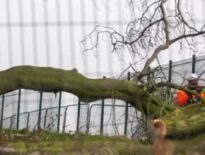 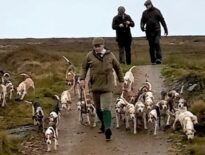