Back in October last year we hosted a guest post written by Kevin Hand, an ecologist involved with the important discovery of a roost of one of Britains rarest bat species, the (western) Barbastelle, at Jones Hill Wood (see – Barbastelles, Jones Hill Woods, and HS2). Listed as Vulnerable to extinction in Great Britain in the first Red List for Mammals (published in August 2020) the Barbastelle is known from very few sites and has a very high level of legal protection. Despite the laws protecting the species, the wood was scheduled to be flattened to make way for a railway by contractors working for HS2…

At the time Kevin wrote, “As I write, work has yet to start on felling the trees, but this could happen any day now. HS2 appear to be doing their own ecological surveys, using contractors, but have declined to explain what they are doing or what their plans are. A legal case has been put together, and wildlife crimes reported to the police, who are obviously in close contact with HS2, having carried out the evictions of the protesters. At least questions are now being asked in Parliament, probably the only place where this project can still be stopped, with public opinion moving firmly against such great expenditure for so little gain, in a time of crisis.”

Public opinion is firmly against the destruction of what has been dubbed ‘Roald Dahl’s Woods‘ but six months later it’s just been announced by HS2 Rebellion that High Court Judge Mr Justice Holgate has refused permission for Mark Keir (representing the Jones Hill Wood Earth protectors) to apply for judicial review and has lifted the injunction which had been placed to suspend the felling of Jones Hill Wood until a full legal case was heard.

The trees will come down.

No doubt the pro-train team will tell us all that a modern railway system will create a ‘modal shift’ and cut carbon emissions by moving people and cargo off planes and onto the railway instead (though data suggests the ‘shift’ will be tiny and ignores the vast carbon cost of building the line in the first place anyway), and that mitigation will create a new woodland that will replace the ecological value of the original woodland over time (which ignores how incredibly complex ancient woodland systems really are and how long it takes to establish them).

When it comes to a ‘few bats’, we can have no idea whether the Barbastelles of Jones Hill Woods will find new roost sites, because (leaving aside our poor understanding of the species’ ecology) we can have no idea that they will survive this clearance, survive the clearance of the next wood down the chain, or even survive what looks increasingly like a decade of infrastructure development and development.

Our government and our courts don’t seem too concerned about that, but (as multiple posts on this website clearly demonstrate) when it comes to wildlife crime it appears they rarely are…

In a shocking U-turn of events, High Court Judge, Mr Justice Holgate refused permission for Mark Keir (representing the Jones Hill Wood Earth protectors) to apply for judicial review and lifted the injunction which had been placed to suspend the felling of Jones Hill Wood until a full legal case was heard.

Mr Keir has instructed his solicitors to appeal the judgment to the Court of Appeal.

“We aim to be in a position to do so before the end of the week. The focus of the grounds of appeal will be on the lawfulness of what Natural England admitted in the licence decision and in documents before the Court as the “extreme use” of Licencing Policy 4.”

However, as matters stand with the injunction now lifted felling can re-commence imminently at Jones Hill Wood. Tragically, despite the wealth of evidence to support the need for wildlife protection at Jones Hill Wood the weight of importance instead falls on how much will be lost financially to HS2 if there are further delays and targets are not met. After a long campaign to save this wood, supported by The Woodland Trust, Wildlife Trusts, Chiltern Conservation
board, CPRE and thousands of locals, this ancient iconic site, home to the Fantastic Mr.Fox and many rare species, has been given the go ahead to be destroyed.

“This is a dismal decision, it allows HS2 to carry on with no care to our environment and show little regard to compensation. Jones Hill is lost, lost to hideous miserly mitigation. We must stop this happening elsewhere.”

LP4 Licences are normally used in limited circumstances like a domestic roof extension and not for major infrastructure projects. They enable Natural England to relax certain wildlife survey standards and make decisions on a licence application. However, LP4 was not intended for frequent use nor in circumstances where there are rare protected species present. In the claimant/s expert evidence before the Court, Mr. Dominic Woodfield, Bioscan stated:

“As is explicit in NE’s own internal guidance …Licencing Policy 4 is not intended for frequent use and “ is the exception rather than rule…I am not aware of LP4 being used in a comparative situation to that at Jones Hill Wood – i.e. a situation where such a broad suite of roosts specifically including maternity roosts of a rare species [the barbastelle bat] are assumed to be lost.”

The case raises a very important issue where sensitive ecological habitats are threatened by nationally important infrastructure like HS2. What happened in this case is not a “one off” licencing decision by Natural England and the judgement matters far beyond the ancient woodland trees at Jones Hill Woods. It creates a very dangerous precedent for HS2 and other developers…

Mr Keir feels that the judgment could set an alarming precedent for protected species by effectively rewarding HS2 for who failed to carry out surveys to industry standards, in a timely manner and inadequate detail to support the licencing decision.

What is concerning is how wildlife protection laws can be so easily overridden by lowering the bar in this way, especially when there are endangered species at risk. Further questions are now raised about the future of our hedgerows, corridors and habitats which our wildlife so desperately need.

Todays’ decision has sent shockwaves through the environmental communities and supporting bodies. Only weeks ago The Woodland Trust released their State of the UK’s Woods and Trees 2021 report which revealed our ancient woodlands to be “at crisis point”.

The report states that “With each ancient woodland lost, we lose a part of our cultural heritage and the special wildlife that depends on it.” In no place could this be more true that at Roald Dahl’s Wood where rare bats like the barbastelle bat have been recorded.

Barbastelle bats are strongly associated with complex ancient woodlands, needing a variety of roost type and habitat features. There are no proven instances where the loss of barbastelle maternity roosts being compensated for by sticking up a few bat boxes. To grant a licence on this basis fails all the relevant regulatory tests.

The Woodland Trust, RSPB, CPRE and Chilterns Conservation Board have all spoken out in support of the legal challenge (please see in notes to editors). This comes as The Woodland Trust released a report stating that UK woods are at crisis point and under a barrage of threats. The report notes that ancient forests cover 2.5% of the UK but it was highlighted that 1,225 of these are under threat of destruction for development.

Natural England, who also contested permission in the case, have also been accused of regulatory failure after not suspending the licence after being presented with evidence that: 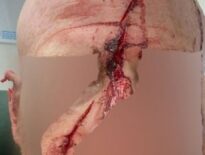 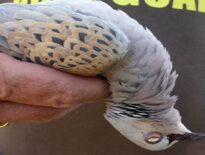