Police Scotland have launched an appeal for information (good luck with that, wildlife criminals make the mafia seem like blabbermouths) after a Golden Eagle was found dead on a shooting estate in a so-called ‘national park’ that – how can we put this without being sued – has long been linked with wildlife crime and raptor persecution: the Cairngorms.

There are very few details but apparently the bird ‘contained pesticide’.

To ordinary folk (for example anyone not running a shooting estate or taking enormous subsidies for producing sheep), a pesticide might seem an odd thing to find in a Golden Eagle, but these extremely toxic chemicals (most of which are banned because they are so indiscriminate and so poisonous to anything that comes into contact with them) are routinely used to eradicate native wildlife. We’ve covered numerous examples on this website involving everything from Buzzards, Sparrowhawks, Peregrines, White-tailed Eagles, Red Kites, Hen Harriers, and of course Golden Eagles – and outside of the UK the mass poisonings of vultures. Most occur on or near shooting estates.

Years ago an amnesty was offered so that estates and their employees could hand in any unused (though clearly not unwanted) pesticides – the The Public Health Pesticide Disposal Scheme. It was a solid effort, but given that one coffee jar full of something like Carbofuran could poison every bird of prey in Scotland (just a few grains sprinkled in a dead rabbit is enough to kill any eagle or crow that finds the bait lying out in the open near a nest etc) it’s not difficult to imagine that professional poisoners might have kept a little bit hidden in a shed in case of ’emergencies’ (ie finding a raptor breeding on the estate).

Meanwhile, hopefully Police Scotland will thoroughly investigate this latest disgraceful incident of wildlife crime, and someone, somewhere will end up in court, the type of pesticide used will be described, and warnings sent out (again) to shooting estates and farms that there is zero tolerance and zero support in the wider world for attacks on our wildlife like this.

And estate managers like the one quoted below won’t be heard to say “We are very disturbed indeed to learn that a bird of prey has been found…” ever again. ‘Found’ of course being the operative word. How much easier would it be for the professional poisoners if these birds were’t found at all…

The eagle was found on the estate, which is near Braemar, in March and further police searches were undertaken today.

The estate are supporting the police investigation into the death of the bird.

Angus McNicol, estate manager at Invercauld, said: “We have been informed by the police that the bird that was found contained pesticide. We are very disturbed indeed to learn that a bird of prey has been found on Invercauld in these circumstances.

The Press and Journal, Appeal launched after golden eagle found dead on Invercauld estate in Aberdeenshire, 04 May 2021 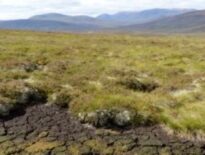 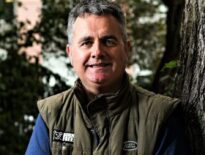