“BT has vowed to look at taking down controversial netting installed on a Lowestoft building after three birds which are “as rare as giant pandas” got stuck in them and died.”

‘Vowed to look at’? How magnanimous of BT. Having been shown proof that netting – used to stop Kittiwakes from nesting on buildings that precisely replicate historic nesting sites that we have been destroying since we claimed the coast for our own – is trapping wild birds, they have ‘vowed’ to have a look about taking it down (presumably while also having a look to see just how many birds their nets have already killed). And equally magnanimously they have decided they will ‘allow’ Kittiwakes to nest on one side of the building…

Why are nets being used in the first place though? We’ve covered this several times on the site, but essentially while active nests of almost all bird species are protected by the Wildlife and Countryside Act (see Nesting birds and the Law), stopping them from nesting in the first place is not. So, as a pre-emptive strike building managers are putting up nets so that they can technically sidestep the law.

Only, as Chris Packham pointed out in a tweet that has been retweeted over a thousand times, the nets themselves can cause animal welfare issues by trapping the birds and allowing them to starve to death (the drive to nest is extremely strong and birds don’t necessarily recognise man-made dangers like nets strung out across buildings):

Oh, and that comparison between the rarity of Kittiwakes and Giant Pandas?

Well, that is probably a misinterpretation of what the RSPB actually said as there are around just two thousand pandas left in the wild (according to 2014 data) and as of 2020 another 633 held in captivity. There are far more Kittiwakes than that. However, Kittiwakes are thought to have declined globally by around 40% since the 1970s, justifying Red Listing here in the UK. According to the BTO, the UK’s population of Kittiwake has especially declined in Orkney and Shetland where breeding birds have declined by 87% since 2000, and on St Kilda in the Western Isles where as much as 96% of the breeding population has been lost. Climate change and fishing that sets aside too little for the birds (in other words human fishing practices that ignores that seabirds actually need fish to eat) are pushing the Kittiwake closer to extinction.

Stopping them from breeding rather than turning the fact you make space for nature into an asset won’t be helping.

Over-use of pesticides, intensive agriculture, an obsession with ‘tidiness’, massive habitat change, and now determined efforts to stop threatened birds from nesting. It’s little wonder we are living in one of the most nature-depleted countries on the planet…

BT has vowed to look at taking down controversial netting installed on a Lowestoft building after three birds which are “as rare as giant pandas” got stuck in them and died.

The netting, which has been installed on the BT building on Surrey Street in Lowestoft and on the Papa John’s premises franchised to a landlord in Station Square, raised fears over bird safety and its potential risk to rare kittiwakes.

The RSPB told this newspaper that it is in talks with BT about the netting.

BT has confirmed it is looking into new types of netting and stressed one side of the building will now have netting removed to allow more kittiwakes to nest.

But environmentalist Chris Packham hit out at the company and highlighted the dangers the netting poses to the birds after sharing images of dead birds trapped in it.

A spokesman for BT said: “We met with the RSPB to explore what we can do to support the kittiwakes.

“We require constant access to our roof space to maintain critical networks, including the 999 network.

“However, we can safely remove the netting from one side of the building that will provide nesting spaces for the kittiwakes.”

Lowestoft has one of only two colonies of kittiwakes in Suffolk and the controversy has led to calls from the RSPB to protect the species.

A spokeswoman for the RSPB said: “Kittiwakes are as endangered as giant pandas so it’s really important that we embrace, look after and celebrate our local population in Lowestoft.

“We cannot keep trying to squeeze nature into smaller and smallerspaces or demanding it fits in with our plans when we are in a nature and climate emergency.”

A spokesperson for Papa John’s confirmed the building on Station Square is franchised and that the company will be contacting the landlord to enquire whether they are aware of the netting’s impact on the kittiwakes.

It is not yet known when or if this netting will be taken down. 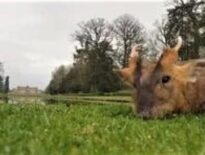 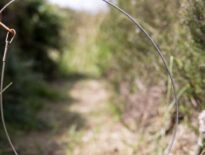