Trophy hunting. Whether you support it or not (and there are nuanced arguments to be had about land use and a local community’s ‘rights’ to exploit what they see as natural resources – or what the rest of us call sentient beings), at least it doesn’t take place here, in England, in the ‘nation of animal lovers’ as George Eustice, who as Defra’s Farming Minister has always supported the slaughter of badgers for the dairy industry, said after the Queen’s Speech.

Only of course it does. It perhaps first really came to people’s attention when notorious ‘hunter’ (‘hunter’ as in walks up to animals and shoots them) Larysa Switlyk flew into the UK from Florida in 2018, went off to Islay (a stunningly beautiful part of the world), gunned down some tame goats, and bragged about it on social media.

While some of us are opposed to killing wild animals for entertainment for any reason, far more people (even those who may have some sympathy for the argument that having screwed up the natural environment to such a monumentally stupid amount we humans are now forced to act as the predators we wiped out and which some vocal farming groups absolutely refuse to consider allowing back) just can’t stand the gurning and the gloating and the making out there’s any element of skill whatsoever in going to, for example, a relatively small Scottish island and blasting high-velocity rounds from a very expensive weapon at an animal that in practical terms has nowhere to hide anyway…

And if these ‘hunters’ (which is such an inappropriately macho term for heavily-armed people who are bussed into enclosures to shoot an animal that has spent its life up to that point having no reason to avoid humans) have to come here (and there’s nothing in UK law to say that they shouldn’t), they surely shouldn’t be turning up at English Heritage sites, slaughtering the local deer, and posting unbelievably insensitive images afterwards. Surely?

But of course, because as a society we outsource bloody well everything and even our supposedly most respected charities don’t appear to bother with due diligence when it comes to dispatching the local wildlife anymore, we end up with an explosion of outrage on social media after a superb exposure by Bedfordshire Against Trophy Hunting (BATH) and some awkward backpedalling from English Heritage, who said that they absolutely don’t allow hunting on their properties but were forced to admit later that yes, they allow ‘culling’, but could never have anticipated that a contractor would want to make money off trophy hunters who inexplicably get a high putting bullets into a deer that typically stands just 50 cm/20 inches at the shoulder and weighs an almost feathery 15kg/33lbs.

As the screengrab above shows clearly, BATH have actually been highlighting the goings-on at English Heritage (EH) for a while, a charity incidentally that says under Quality on their About page that “We pursue the highest standards in all our work, from the service we provide to our visitors to the quality of our communications, from the way our events are run to the standard of our conservation work.” Hmm, how’s that comms and conservation thing working out for you now…?

Back in the actual world, EH seemed genuinely surprised that anyone should have conflated a spot of ‘management’ with ‘trophy hunting’. They were quickly onto social media (which to be fair was to their credit) to explain how shocked they were that their efforts to kill local Muntjacs had somehow been doled out to gurning, grinning Scandinavians…

In the second part of the tweet, EH said that they’d “started a full investigation and can assure you we’re taking this matter extremely seriously“. BATH kindly offered to help with that investigation (an offer aparently declined by EH) and EH then seemed to compound their problems by (according to The Daily Telegraph and their excellent journalist Helena Horton) clarifying that what they really don’t allow is the posting of any images of trophy hunting…a ludicrous point picked up and escalated by campaigner Dominic Dyer.

So are EH shocked and saddened by the hunting, by the selling off of contracted ‘culling’ rights to gun-toting tourists, or the news getting out? Talk about confusing, but hopefully everything will be explained soon…

In the meantime. there are lessons to be learned here. Muntjac aren’t native to the UK. They were introduced from south-east China to Woburn Park, Bedfordshire, in 1894, and were deliberately released into surrounding woodlands from 1901 onward. Because we have emptied the countryside of anything more predatory than a fox or a badger their numbers have exploded. Actually, we continually introduce non-native species with the potential to cause problems further down the road here (the 50 million pheasants bred to be shot and released into the countryside EVERY year is a prime example).

The Muntjac is often described as a ‘pest of woodlands’ because it browses on the shoots of shrubs, woodland herbs and garden plants. Well, duh. What exactly did the idiots who shoved them out of Woburn expect them to eat: fresh air and rainwater? None of this is the fault of the Muntjac of course. It had no choice to come to the UK, it had no say in the lack of predators it found when it was turfed out of the estates into surrounding countryside, and compared with even the damage that HS2 is currently doing to ancient woodlands (during the nesting season, mind)… well, which is the bigger ‘pest’? In the grand scale of things (you know compared with the government saying to developers and housebuilders yesterday, go on, take the countryside, it’s all yours) Muntjacs are hardly the drivers of destruction that we humans are.

But calls will always be made that having screwed up we now need to ‘control’ these non-natives, which takes us back to lessons learned: whatever the arguments for or against, a large section of UK society loathes people gurning over the corpses of dead wildlife. We’re not stupid. We know that whether we support/approve/like it or not there are contracts and licences being issued all the time to supposedly fix (or at least hold back) the effects of everything dumb we’ve done to this nature-depleted countryside of ours, but what major charities who claim to be wildlife-friendly want to make absolutely sure of is that those licences or contracts do not end up in the palms of the sort of people who get their jollies putting lead into small animals and then sending images of themselves smirking across Twitter and Facebook.

You’d have thought that would be obvious, but then just as there is a vocal section who oppose trophy hunting, there is a well-funded lobby group who do everything they can to suggest that their hobby is ‘conservation is ‘necessary’ is ‘exciting’ is ‘fun’ is something that the rest of us would get into if only we experienced the thrill of putting a hole in a goat or a squirrel or a rabbit or a small deer (we may have made that last bit up, but these people say some very weird things so who knows).

The choice of who to listen to is English Heritage’s of course, but given that EH presumably relies far more on that part of the public that actually loves wildlife rather than that part that loves creeping up on it and shooting it, the choice really shouldn’t be too difficult to make, should it…

One thought on “English Heritage, Trophy Hunting and Muntjacs” 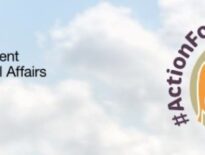 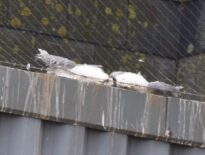 Blog Posts Suffolk | Calls for netting to be removed
1