The UK is one of the most nature depleted countries in the world. That’s a fact. A recent report from the RSPB, using data compiled by the Natural History Museum, has been published ahead of this June’s G7 Summit in Carbis Bay, Cornwall, states that the UK not only comes bottom of the list for G7 countries in terms of the amount of biodiversity retained but is also third from the bottom across all European countries, ahead of only Ireland and Malta.

We have ploughed up 97% of all our wildflower meadows since the 1930s. The first ever UK Red List of Mammals published last year found that once common mammals like water voles and hedgehogs are now classified as vulnerable to extinction. The British Trust for Ornithology’s 2020 Bird Trends report stated that “there are 28 species for which our best long-term trends show statistically significant population declines of greater than 50% over periods of 31–51 years…Many of the declining species are farmland and woodland specialists, and some of the alerts may therefore relate to common pressures in these habitats which are reflected in the negative trends for both habitats in the UK.“

Wildlife corridors that allow wildlife to move around interconnected areas are vital. Hedgerows and ancient trees are critical for plants, insects, birds, and mammals as places to live, feed, and move around. Yet despite commitments to protect habitats and reverse the declines of once-common species, the government is pressing ahead with huge infrastructure projects like HS2 and a programme of roadbuilding – both will inevitably cut corridors, remove habitat, increase noise pollution, and increase the ‘island effect’ which has drastic impacts on local biodiversity.

In this short alert, Dorothy Harrison of Better Shrewsbury Transport (BeST) writes about a proposed bypass around Shrewsbury, which they say will do exactly that:

Shropshire Council is planning to spend at least £87 million, plus an unlimited overspend, on a road through the unspoiled countryside near Shrewsbury.  The council says that this will reduce congestion in the town centre and thus ‘improve Shrewsbury as a place in which to live, work and invest’. Better Shrewsbury Transport (BeST) is an alliance of local organisations and individuals that have a completely different vision: we are campaigning for urgent investment in active and sustainable modes of transport that are the only effective ways to reduce congestion, poor air quality and road deaths/injuries in the town whilst transforming all our lives for the better.

In their campaign against the plan, BeST have now been joined by over 3,000 objections to Shropshire Council, objections from 2 climate change/zero carbon groups in Shropshire and Shrewsbury Town Council.

The road would concrete over farmland, hedges and trees including ancient trees like the 550-year-old Darwin Oak. The road will pass within metres of four local wildlife sites, an ancient woodland, and Hencott Pool, a Site of Special Scientific Interest. It would also complete an outer ring road around Shrewsbury cutting off most wildlife corridors. The road also presents risks to the biodiversity of the river Severn, to groundwater and to drinking water.

At a time when all Local Authorities should be planning in the context of our climate and ecological emergency Shropshire Council should wake up to the change needed to reduce Greenhouse Gas emissions, support our wildlife and the well being of residents.

South Shropshire Climate Action have produced a plan to reach net zero by 2030, it contains substantial research evidence in a number of key areas such as Land and Biodiversity and transport.

Lets hope that Shropshire Council take note of this valuable piece of work, the views of residents and acknowledge the truth about our climate and act on it.

We’ve made videos with local people showing how the road would make things worse. You can watch them here . Please subscribe to our video channel and Like and Share them all!

PLEASE DONATE to help us to to pay for legal costs.

Would you like to help the campaign? It would be great to welcome you. Please email bettershrewsburytransport1@gmail.com for details. 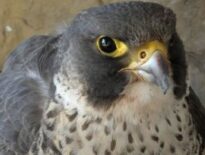 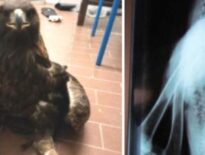