After a brief pause the quiet that settled over the countryside in spring is about to be shattered as the free-shooting of a protected species begins again in a disgraceful effort to help out an already heavily subsidised dairy industry. The pause in killing was presumably to allow badgers to have a breeding season, which is both deeply ironic and nauseating given that adults and young animals will be slaughtered in the coming months: Defra’s legally mandated nod to animal welfare for a few months does nothing to mitigate the massacre that is about to take place on their watch AGAIN.

How will we know when the shooters are turning up in our area to kill our badgers? We won’t. There is no mandatory warning given, no notices going up to tell us that those explosions we hear all of a sudden is coming from hired guns slaughtering wildlife because the dairy industry says that Bovine TB is nothing to do with poor husbandry, slack biosecurity, farmers cheating movement controls, or that cattle are reservoirs of the bacilli – no, they will turn up, they will destroy an animal that has been here since the Ice Age, they will pocket the cash, and we (the public, the local residents) will just have to suffer the emotional hit, the distress, the rage.

As acting CEO of Badger Trust Dawn Varley puts it, “‘Besides our outrage at the start of yet another unnecessary badger cull season, we continue to be aghast at how the public is left unaware and, we would argue, without due warning, of the fact that contractors armed with guns will be roaming huge areas of the countryside at night. With a maximum kill target of just short of 14,000 badgers, high-powered rifles will be discharged at significant levels targeting free running badgers, with shotguns used for badgers caught in cages, both at night. Besides the public safety risk, we believe the public would be appalled at the level of suffering inflicted on badgers, many of whom will not be shot and killed outright. This level of shooting will also increase in September and into October when the intensive cull period starts up – with a further 70,000 badgers likely to be killed based on our estimate.’

Pro-cull lobbyists often mock the feelings of pro-wildlife folk on social media. A particular favourite is to say this is about science not emotion. What a telling trope that is. The UK is in the midst of a biodiversity crisis (see – Biodiversity? The UK is losing it fast). We are disconnected from Nature and from wildlife, as our guest post from today details so beautifully in “All our Wild and Precious Lives“. And all the time we are being told that data matters more than how we actually ‘feel’ about wildlife and the environment.

Important decisions are of course based on data – we need information on just what is happening in the world – but when it comes to the mass killing of badgers it won’t matter whether massacring every single one of them helps ‘cure’ a disease that impacts an industry that we all know we could actually exist without – the fact is that it ‘feels’ abhorrent, it ‘feels’ totally wrong, and telling us that our ‘feelings’ don’t matter will never win us around to accepting this brutal and cruel ‘control’ is either necessary or worthwhile. 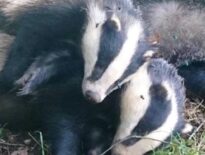 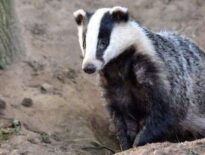