There has been a lot of discussion recently about the government’s plans for the Environment now that we have left the EU and No10 is redrawing itself as wildlife-friendly. Last month, George Eustice, the current Environment Secretary promised a “Net Zero equivalent for nature” through a “legally binding target for species abundance for 2030, aiming to halt the decline of nature”. This ‘promise’ followed an apparently successful campaign for a “State of Nature” target to halt nature’s decline by 2030, which was supported by 70 organisations and over 180,000 people who signed an e-petition.

Halting decline seems like a reasonable step to take, doesn’t it? We are in the midst of a biodiversity crisis, after all, the UK is already recognised as being “the worst nation in the G7 for the volume of wildlife and wild spaces lost due to human activity“, not only coming bottom of the list for G7 countries in terms of the amount of biodiversity retained but also third from the bottom across all European countries ahead of only Ireland and Malta (see Biodiversity? The UK is losing it fast). No one is suggesting that reversing those declines would be easy, but putting measures in place to ‘halt” it – surely we can manage that?

Nature groups are warning that the Government’s new target in the Environment Bill has fallen far short of the action needed for nature, and has weakened the UK’s position to negotiate a strong global deal for nature and climate action at international talks at G7 and beyond.

Amendments introduced in the Environment Bill yesterday would set a species abundance target for 2030, but they avoid setting a critical target to halt the decline of wildlife. This weakly worded target includes no set date for the Government to halt the decline of wildlife, merely requiring the decline to slow down by 2030. Other recent changes to the Bill could also lead to a weakening of pivotal protections for wildlife – the Habitat Regulations.

The changes to the draft law lack the ambition to halt the decline of nature by 2030 backed by the Prime Minister in the Leaders’ Pledge for Nature and in the G7 environment communique. It also falls short of commitments made by the Environment Secretary, Rt Hon George Eustice MP, in a speech at Delamere Forest less than a month ago, when he recognised that the UK is one of the most nature depleted countries in the world and committed to introduce a “legally binding target for species abundance for 2030, aiming to halt the decline of nature”.

The Environment Secretary described this target and changes to the Habitat Regulations as their “compass [for the] future” but the Government seems to have lost its direction on these reforms. Campaigners say this is not the historic “huge step forward” promised by the Environment Secretary. Changes to Habitats Regulations could in fact be a major step backwards for nature, opening the door to easier planning rules which could harm protected nature sites and protected species.

Beccy Speight, CEO of the RSPB, said: “No ifs or buts. Nature in the UK is in deep trouble and that’s an ongoing and growing disaster for both people and wildlife. We have a once in a generation opportunity to start to fix this through a strong Environment Bill for England. Prevaricating and weak wording in the proposed amendment will fail all of us. We need a strong, clear amendment that will provide the legal backbone to halt the decline of nature by 2030 and we need to strengthen the protection of species and the most important places for wildlife to make that possible on the ground. Either we want to do this or we don’t, in one of the most nature depleted countries in the world – and the Prime Minister has said many times on a global stage that we do want to do it. So let’s do it.”

Dr Richard Benwell, CEO of Wildlife and Countryside Link, said: “Without a clear date when it would be achieved, this wildlife target is certainly not a net zero for nature. With swift changes, the Environment Bill could still be world leading, but at the moment it remains a run of the mill Bill, not the groundbreaking law that was promised.”

“The Prime Minister is saying all the right things about averting an ecological crisis at the G7, but the Environment Bill must be urgently strengthened to give substance to his rhetoric. That means rapid action to introduce a definitive target to halt the decline of wildlife by 2030.”

Craig Bennett, Chief Executive of The Wildlife Trusts, said: “Ahead of the G7 in Cornwall, the Environment Secretary heralded their commitment to halting and reversing the loss of biodiversity by 2030 as a ‘major step forward’. But, with the Government giving themselves the power to unpick the legal protections for nature and a new target that falls short of halting nature’s decline, it seems we’ve now taken two steps backwards.

“Nature has provided us so much over the last year – but it’s declining at a speed never previously seen. One in seven species in the UK are now threatened with extinction. Without real Government action to reverse this trend now, we risk losing some of our wildlife forever. The Government must keep its promise and introduce a clear legally-binding target to halt the decline of wildlife by 2030.”

Darren Moorcroft, CEO of the Woodland Trust, said: “It is immensely disappointing to be left with a proposal which merely seeks to ‘further’ the halting of nature’s decline rather than to clearly stop it. It is certainly not world leading, in fact it is far below what is expected and what is needed.

“As the Woodland Trust’s recent State of the UK’s Woods and Trees report shows, the loss of wildlife from our woods and forests has been catastrophic and is reaching crisis point. If we don’t act now to save nature with everything we’ve got, we will be remembered as the generation that allowed the natural world to decline and die. We urge the government to rethink and adopt a clear target to not only halt nature’s decline but to reverse it, driving meaningful action across government, the economy and society with all the many benefits that will follow.” 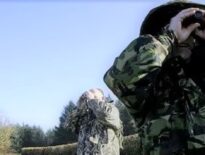 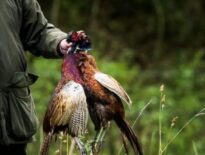