Shooting’s lobbyists have turned their fire on BrewDog via an article in The Times. The craft beer company bought a climate-unfriendly grouse moor near Aviemore, Kinrara, earlier this year and instead of shooting wildlife is planning to grow a forest on it to offset the carbon produced at its brewery in Ellon. This means that BrewDog no longer needs the six gamekeepers that were employed to kill wildlife on the estate so that visitors could come to Kinrara to kill other wildlife.

No one should take any pleasure in stories of redundancy. Jobs across many sectors (especially post-lockdown) are hard to get hold of and even harder to keep. But things change. Society modernises. Coal mining lost 180,000 jobs in the 1980s and 1990s; more than 150,000 UK steel jobs have been lost since the 1980s; around 10,000 jobs were declared lost just last year by carmakers and firms in the supply chain. These were skilled workers, often living in low employment areas and there are many, many more like them being ousted as industries die off or leave the country, switch away from manual labour, or see demand for their products fall away. It’s an awful thing to wake up to, but that has been the case since the development of milestone technologies like the printing press, the railway, and the computer chip.

We get that running to shooting-friendly newspapers like The Times (owned by massive multi-national News International) to complain about the nasty beer people at the far smaller BrewDog is the way shooting works, but suggesting that this is another tale of townies squishing put upon countryfolk is – to put it politely – nonsense. The world is quickly moving away from grouse farming monocultures, with its concomitant wildlife crime and heather burning. Native predators shouldn’t be dying in traps and snares to give shooters a ‘fun’ day out anymore. Native woodland and rewilded estates are the future.

But that doesn’t necessarily that there is no role for what would-be former gamekeepers.

The old-fashioned raptor-hating keeper needs to be pensioned off and disappear, but there are expert wildlife trackers and knowledgeable, potential wildlife guides in their number. They could surely be re-employed in eco-tourism or helping with rewilding initiatives. Even The Times article suggests that jobs will be created, writing that BrewDog “is also planning to create an environmentally sustainable hotel, distillery and campsite along with hiking and biking trails” in what BrewDog says “will be the biggest native woodland establishment and peatland restoration project ever carried out in the UK.”

As jobs go, working in hospitality may not be as adrenalised as putting holes in foxes or Hen Harriers, but there is no point whatsoever in demanding society stands still. Far better for all concerned to adapt and retrain instead, surely – like so many others have had to do in the past… 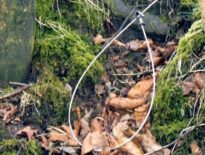 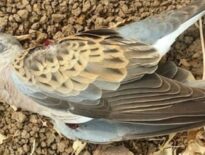