It’s not been a good few months for ex-foxhunting, red-faced would-be Conservative Police and Crime Commissioner (PCC) Jonathon Seed. Having dodged question after question about his past chasing and killing wildlife, having decided that ‘only ‘trolls’ talk about hunting‘, and having merrily told anyone who would listen how he would follow a Countryside Alliance-type line and would crack down on hunt monitors, he was undone by a drink driving charge thirty years old – which ruled him out of even standing for PCC in the first place. The cost of running in an election when he or his team should have known that he was ineligible is now being investigated by the Crown Prosecution Service.

To be completely fair to Mr Seed, he has repeatedly insisted he had declared his 30-year-old conviction to the party in his application for the role. But here he is, with the CPS possibly thinking that, “wouldn’t you think that one of the criteria for being a PCC would be having some basic knowledge of the eligibility rules“.

And also to be fair Wiltshire residents voted for him in droves – which as a Wiltshire resident myself unsettles me and the thousands of pro-wildlife people like me. Sour grapes on our part? That will be the interpretation of local hunts, but unlike the illegal fox hunting community it’s worth remembering that our priority here is protecting wildlife – not protecting so-called ‘trail hunting’ and the ‘rights’ of wildlife criminals to parade around the countryside chasing wild animals…

Detectives investigating an aborted election for a police and crime commissioner have sought advice from the Crown Prosecution Service (CPS).

Thames Valley Police are investigating the circumstances surrounding the election of Conservative Jonathon Seed to the post of Wiltshire police and crime commissioner.

He was voted in but withdrew when a historic driving offence came to light.

A new election for the post is due to be held on 19 August.

“We can confirm that as part of this process the advice of the Crown Prosecution Service has been sought.

“The investigation is ongoing and we are not in a position to provide further comment at this time.”

Mr Seed received 40% of the vote in the first round and was elected after it went to a second ballot.

The Wiltshire councillor, who won a combined total of 47% of the vote, had previously insisted he had declared his 30-year-old conviction to the party in his application for the role.

“Party officials confirmed my belief that my offence did not disqualify me,” Mr Seed said.

He faced competition from five other candidates for the role, which involves holding Wiltshire Police to account, overseeing a budget and setting its priorities.

Electoral Commission guidance says candidates for police and crime commissioner posts cannot stand for election if they have been convicted of an offence punishable with a prison sentence. 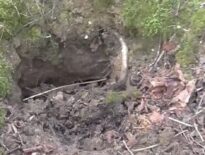 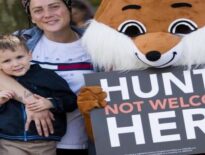