In mid-May we posted a ‘kudos’ to Keep the Ban, the excellent campaigning group fighting to stop illegal fox hunting. Keep the Ban had been working hard to keep a petition in the news which had arisen from a disgraceful incident where out of control hunt hounds (belonging to the Western Hunt) had mauled to death a pet cat called Mini in a quiet residential street in Cornwall. A so-called ‘huntsman’ (you can draw your own conclusions about what sort of ‘man’ this was) was seen to throw the body of Mini into a neighbouring garden and walk off.

Fortunately a video of the incident was taken by a neighbour and the truth about yet another incident of a pet dying during a so-called ‘trail hunt’ was revealed.

This has of course had a huge impact on Mini’s owner, Carly Jose. At the time of the attack she told ITV News, “I feel absolutely devastated… my children cried themselves to sleep last night.” The Hunt – seeing yet more bad PR for their hobby of chasing and killing wildlife – made the usual apologies before saying that “Incidents of this nature involving hounds are incredibly rare due to the professionalism with which the hounds are managed.” Which as anyone who follows these incidents will know is absolute nonsense – hounds routinely cause traffic chaos, run through funeral ceremonies, and attack dogs and cats.

Come forward to the present and some welcome news. A huntsman has been charged by Devon and Cornwall Police in connection with this incident. John Lanyon Sampson, aged 55, of St Buryan, is due to appear before Truro Magistrates’ Court on 22 July where he will face charges of criminal damage and being the owner/person in charge of a dog dangerously out of control in a private or public place.

Inspector Rebecca Le Cheminant is quoted saying that, “A specialist trained wildlife liaison officer has diligently progressed all possible lines of enquiry, sought evidence and spoken to members of the public.

“Police would like to thank everyone who has come forward to assist our enquiries which has included liaising with the RSPCA and a specialist pathologist from Bristol.

“Police have submitted a file for review by our local criminal justice unit. The office in charge of the investigation is keeping the owner of the pet fully updated in full compliance with the victim’s code.

“It is a difficult time for all parties concerned and the response of the local community has greatly assisted.”

While all of this is of course very welcome, it won’t bring a dead animal back to life. What is really needed is wider recognition by police forces up and down the country that ‘trail hunting’ is a lie, a smokescreen for continuing with fox hunting exactly as it was before the passing of the Hunting Act which banned hunting with hounds. This is by no means an isolated incident as we’ve said, and it almost guaranteed that it will happen again when fox hunting begins again this autumn. And we say that because hounds are trained to kill. By hunts…

Meanwhile, what are the chances of a conviction in this case? We’re not lawyers, but we’ve had a look previously at the Criminal Damage Act 1971 and what it has to say about persons killing pet cats: here’s what the government itself says on its website about dog control:

And the penalties for breaking the law? The government uses its sternest voice when it gives the answer: “You can get an unlimited fine or be sent to prison for up to 6 months (or both) if your dog is dangerously out of control. You may not be allowed to own a dog in the future and your dog may be destroyed.”

Which sounds clear cut enough., but then again hunts don’t seem to face the same sanctions and punishments as us ordinary folk. What is it that makes hunts different to the rest of us, we wonder?

It couldn’t possibly be that hunts include politicians, solicitors, and former police officers in their number, could it? That would be a scandalous suggestion. The law is blind etc etc…

In the meantime, while we wait for the wheels of justice to slowly turn, please sign the petition below which says that, “Legislation should be introduced to prohibit any activity involving hunting hounds, such as trail hunts and hound exercise, taking place in a residential area or in any other public place”.

Mini’s law – Protect the public and animals from hunting activities

Covid Tier 4 | Terrible for people, not so bad for wildlife
Covid-19 restrictions: Johnson is unsure but for hunts it's 'business as usual'
'Trail-hunting' - following the trail all the way to court...
Cheshire West | 'Trail Hunting' to go under the microscope
Guest Post | Forestry England & Fox Hunting #2 – the Chair's Endorsement of Bloodsport Lobbyists
OneKind | Fox hunting foot packs & wildlife crime on Scotland’s public land
Peterborough protest over city hunting festival
Petition: Hunts and shoots should not be exempt from 6 person rule + Covid-19 restrictions
A shortcast on Cubbing
Fitzwilliam Hunt 'sorry' for wrecking funeral 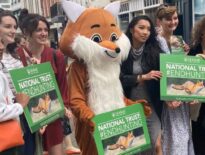 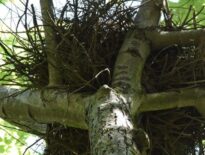