So much of the biodiversity loss we discuss on this site results from what we eat. That might seem an odd call to make, but food production is a vast driver of ecosystem change. Human demand for food impacts the rest of life on the planet through the land we take to grow our crops, the forests we clear for oils and soya, the rivers we’ve diverted to irrigate crops, the uncountable insects and plants we’ve destroyed with our pesticides – and that’s not to mention the trillions and trillions of animals we’ve taken from the oceans or locked into factory farms.

The global rate of species extinction today is orders of magnitude higher than the average rate over the past 10 million years. According to a Chatham House report published in February this year, the global food system is the primary driver of this trend. Over the past 50 years, the conversion of natural ecosystems for crop production or pasture has been the principal cause of habitat loss, in turn reducing biodiversity. Feeding ourselves in the way that we do has been a disaster for life on earth.

But our increased food production has enabled civilisation to flourish, surely? While many might say that we have largely abolished famine (and it’s true that large parts of the world no longer routinely go hungry), huge numbers of people still do: this year as many as 811 million people don’t have enough food to eat according to Action Against Hunger. And there are now thought to be more overweight human beings than underweight, with cases of diabetes and heart disease caused by the ‘western diet’ skyrocketing. Not only are we crashing biodiversity, we are sick too.

As the Vegan Society says quite correctly, “our food system is broken”. Is there an alternative though? Published on the 12th July by the Vegan Society, Planting Value in the Food System presents an ambitious but practical vision for a fully plant-based food system with the ability to help achieve climate targets, reduce the impact on our health service, improve the experiences of farmers and farm workers, and ultimately save the lives of thousands of animals.

‘Planting Value’ was written by Dr Alex Lockwood,  Senior Lecturer at the University of Sunderland, in consultation with The Vegan Society policy team.  Dr Lockwood created a shortcast (= short podcast) for the ‘Off the Leash’ website, in which explains the process and thinking behind the report, and the four key elements we should look out for.

There is a real opportunity for deep-rooted change in the way we produce, relate to, and consume food, and to quote Alex from his shortcast, “The Vegan Society is working towards a vision for a food system which not only respects the rights of animals but is also economically and socially just“. 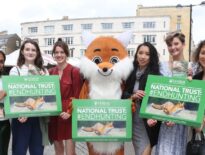 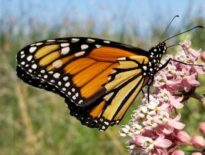