“Today, the Telegraph reports that a coalition of all the big shooting organisations has been formed. The mass-membership British Association of Shooting and Conservation, the campaigning Countryside Alliance, along with the public affairs experts of the Moorland Association and the National Gamekeepers’ Organisation have joined forces…We will also give no quarter to the RSPB.”

The charmless ex-cricketer and now spokesperson for shooting ‘Beefy’ Botham (the nickname was apparently to do with his fighting physique when a professional player, but most of us now assume it refers to what’s between his ears) has stunned the world (not really) by announcing in the ‘irrelevant-out-here-in-the-real-world’ Daily Telegraph that the country’s shooting lobbyists, all of which sing roughly the same tune when it comes to blasting little birds out of the sky and destroying what they inaccurately refer to as ‘vermin’, are grouping together. Well, swipe me, we never saw that coming, what a masterstroke etc etc.

Having been practically inseparable for years anyway, the lobbyists and the gamekeepers – presumably in the face of falling memberships – will be a mighty force (again, not really) loudly holding on to their anachronistic values of wildlife slaughter in the face of climate change, massive biodiversity loss, and a public that is realising just how important healthy ecosystems and nature actually are. We can only imagine the doodles and crayon scribbles that will pass as shared intel. And it will be fascinating to watch this unholy alliance bickering amongst themselves as, for example, the CA says something so utterly stupid that even BASC can’t go along with it, or representatives of the Scottish Gamekeepers once again reveal their more thuggish and thoroughly unpleasant side on social media and threaten to drag the whole ship further onto the rocks. We’d feel sorry for them if – oh, strike that, there are no circumstances whatsoever where we wouldn’t enjoy watching this ‘alliance’ implode…

Perhaps the most striking few lines of an otherwise forgettable and highly predictable run through of Beefy’s gripes with anyone and everyone who thinks that spraying lead into the environment, relying on wildlife crime to turn a profit, releasing millions upon millions of non-native species into an already stressed environment, setting fire to the uplands, using snares and traps to kill countless numbers of native wildlife, wilfully misunderstanding that hatching Hen Harriers is not the same as leaving them alone to grow old etc etc, are NOT ‘good things’ is his declaration of war on the RSPB – a charity with more than a million members and (somewhat bewilderingly to many of us) a history of trying its damnedest to work with shooting.

There could be any number of consequences of this ignorant attack, but here are two to think about.

Far from emboldening his supporters, most of whom already loathe the RSPB for reasons even they probably can’t explain, what Botham’s utterly ill-advised comments will do is to strengthen calls from many RSPB members for the Society to remember its historic roots in tackling bird slaughter and recognise that the ‘Botham wing’ of shooting has no intention of ever compromising (which we’ve been saying for years) and for the RSPB to distance themselves immediately from a loutish selection of ‘sportsmen’ that opposes them at every turn.

What on earth will be the point of going into meetings seeking a working relationship with the sort of people who write guff like, “We will also give no quarter to the RSPB” (ooh, Beefy, you’re so macho…) and “attacking shooting appears to have been a policy of distraction by the RSPB’s leadership to divert attention from failings in aspects of their 200 bird reserves.” The answer of course is none whatsoever.

Which would actually – and it’s a surprise to write this, but bear with us for a moment – be a shame. Because as much as we dislike shooting and would prefer its adherents took up rewilding and watching wildlife instead, not everyone who shoots is as regressive, insular, and bombastic as Botham and his alliance chums. The RSPB has stuck with trying to talk to shooters (and everyone else) because they – according to the staff I’ve spoken with anyway – think that working together is better for wildlife. Many shooters agree and have been partnering with the RSPB for many, many years. Could this announcement of ‘no quarter’ simply cause those ‘reasonable’ shooters to wonder whether they actually want to align themselves with what’s being said in the Telegraph? Could Botham actually force a division right through the middle of what he seems convinced is a ‘community’ of like-minded, grumpy and inflexible individuals?

It could well be that like much of what Botham writes this missive will disappear like a puddle in the summertime, leaving behind a small dampish stain before vanishing entirely. No-one outside of shooting cares what he says or gives it any weight, but how ironic it would be if in his rush to cloak himself in the mantle of ‘No Quarter Man’ he has inadvertently punctured the illusion of solidarity that shooting lobbyists have been desperately trying to portray and opened up a chasm that conservation might actually benefit from…

Derbyshire: urban peregrine shot
Why does shooting believe in its own exceptionalism?
Podcast: Ban Bloodsports on Yorkshire's Moors | Pull The Plug on Grouse Shooting
Shooting - at least the Conservatives have a policy?
Hen Harriers: not very good at being - er, Hen Harriers?
Animal Welfare and the General Election 2019
RSPB consultation on gamebird shooting: Wild Justice response and our thoughts
RSPB to drop 'neutrality' on gamebird shooting? It seems unlikely...
Turtle Doves | Unsustainable hunting and habitat loss
Shooting in National Parks

One thought on “Botham declares war on the RSPB” 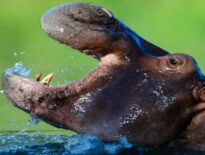 Blog Posts Consultation on extending the Ivory Act to other s… 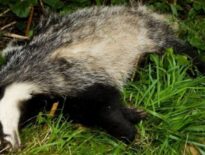