What we’ve not had access to are figures that state exactly how much of our so-called national parks is given over to slaughtering wildlife, is covered in traps and snares, and run solely for the benefit of a tiny minority of shooters and their lobbyists. Now, though, Rewildling Britain (the charity set up to “expand the scale, quality and connectivity of our native habitats”) has produced research that does just that.

In a blistering press-release Guy Shrubsole, who joined Rewildling Britain as policy and campaigns co-ordinator in January this year), says that:

In what world would intensively-managed grouse moors, their heather regularly burned to produce fresh shoots for young grouse (a process that often damages underlying peat soils, the UK’s single largest carbon sink) and rampant illegal persecution of some of the UK’s most protected wildlife, be considered compatible with ‘national parks’? That would be right here, unfortunately…

Our national parks should be a source of national pride, and perhaps to the millions of visitors that go there without understanding that what they are seeing is actually mile after mile of grouse moor (and heavily subsidised sheep farms) they are. But the veneer of respectability that shooting has developed over the decades by way of its strong links with Royals and the establishment (links still gleefully pushed this week by the likes of the Daily Mail) is being peeled back and what is underneath is genuinely shocking.

Rewilding Britain is calling for government action to create wilder ‘national parks’ – with a tenth of the parks’ land forming core rewilding areas and nature recovery across another 50%. This would allow the parks to ensure a healthier, more nature-rich Britain, with fresh opportunities for communities and local economies.

That hardly seems like a radical demand – you know, our national parks doing what we expect them to do almost by definition – but we can expect push back from a shooting industry that sees every suggested change, every suggestion, every step in the right direction as radical. Let’s hope the government and the national park authorities (an oxymoron if ever there was one) tell them to get lost. We need change, our wildlife needs change, and our climate is depending on it.. 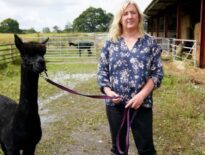 Blog Posts Guest Post | Geronimo: All aboard the express towa… 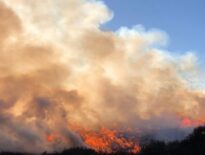