Cheshire Monitors, the group that works to expose cruelty to wildlife in and around Cheshire and the North West, including fox and hare hunting, badger baiting and their related crimes, have launched a petition asking the Duke of Westminster to honour his late father’s wishes and ban so-called ‘trail hunting’ on his Cheshire estate. Cheshire Monitors write on their Facebook page that, “…in 2004, before the enactment of the Hunting Act, which banned the hunting of wild mammals with a pack of hounds, the then Duke of Westminster, who owned the 11,000 acre Eaton Estate in West Cheshire, vowed to stop hunts using his land if they broke the law: “I respect the law and if the law of the land comes in in February I will stick to it.” However, the current Duke of Westminster (Hugh Grosvenor) has continued to allow the Wynnstay, Cheshire Hounds and Cheshire Beagle hunts access to land at Eaton Estate.

END_OF_DOCUMENT_TOKEN_TO_BE_REPLACED

It appears that foxhunting is nowhere near as resilient as its been trying to appear. As many campaigners have suspected (and we ourselves have pointed out recently), hunts have been hit hard by lockdown. Without the fees collected for hunts and point to point meetings, but with the hounds and infrastructure to maintain, many hunts are facing financial ruin according to the excellent new website Hunting Leaks (whose expose has now been covered by ITV News). While we would never use the term ‘sport’ to describe the actions of rural hooligans on horseback breaking the law, the phrases ‘in trouble’ and ‘running out of money’ will be music to many of us. The acknowledgement that hunts are also ‘running out of country (to hunt in)’ is also extremely good news and shows how important the pressure to suspend ‘trail hunting’ licences on organisations like the National Trust and Forestry England has been. It must continue.

END_OF_DOCUMENT_TOKEN_TO_BE_REPLACED 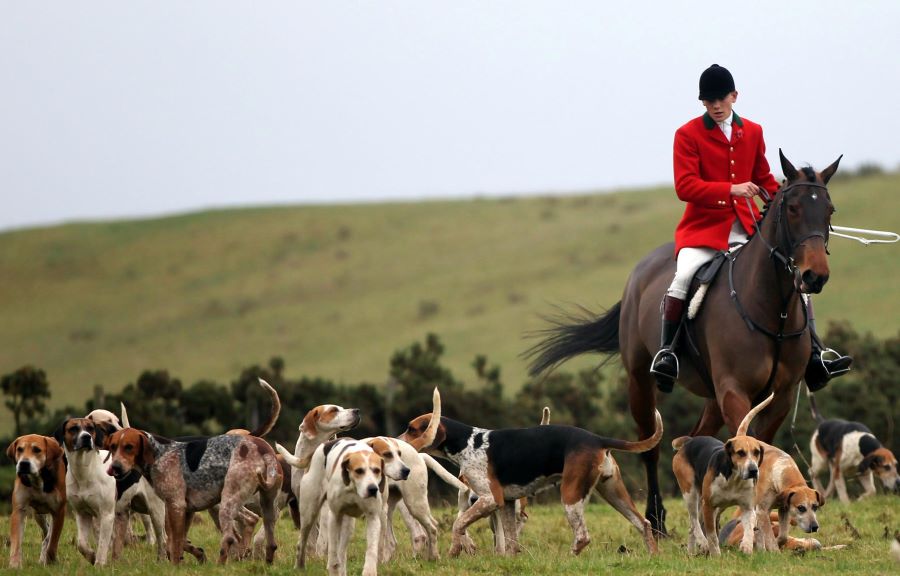 As expected, the government has responded to a petition asking for a ban on so-called ‘trail hunting’ by saying that there is no need to change the law because the law already bans fox hunting and allows so-called ‘trail hunting’ (which the government appears not to recognise as a smokescreen for illegal hunting). Does that we mean we should give up though? Absolutely not. Hunts are under enormous pressure right now from leaked webinars, councils banning hunts from their land, ‘trail hunting’ licences suspended by major landowners like the National Trust and Forestry Commission, and a financial crisis (because of lockdown stopping hunts collecting riding revenues) that hunts have never faced before. Hunts are reeling under a barrage of continuous scrutiny, online information, and their own stupid missteps. We may not actually need legislation changing in Parliament – by keeping the pressure on, we’re all helping illegal fox hunting to die a deserved ‘death by a thousand cuts’ anyway…

END_OF_DOCUMENT_TOKEN_TO_BE_REPLACED

It’s official – at least, even the self-important so-called ‘Hunting Office’ (of leaked webinar infamy, and which says it is “the executive arm of the Governing bodies for Hunting with hounds” – which of course the Hunting Act 2004 says is illegal), has acknowledged that fox hunting is on hold while the laws governing the latest national lockdown are in place. Could this mean the end of fox hunting entirely? Hunts are under huge pressure (both financially and from constant monitoring), and the public is more and more aware of the widespread and organised criminality that is rife within fox hunting, but many fox hunters are used to breaking the law and feel impervious. While they certainly could usefully spend the time changing from fox hunting to drag hunting (which is entirely legal and does not involve killing animals) they will be back, but every ‘season’ sees hunts fold and this is probably the best chance in years to finally get this barabaric, cruel, and illegal activity shut down for good. We have an idea to help that happen…

END_OF_DOCUMENT_TOKEN_TO_BE_REPLACED

While we’re certainly not apologists for environmentally-disastrous ‘fast fashion’, today’s news that the ripples from the Hunting Office webinars with their tall tales of ‘smokescreens’ and ‘soft underbellies’ are continuing to swamp hunting is wonderful. Particularly because even more land is being made out of bounds to foxhunts and so-called ‘trail hunting’. According to a report on the ITV News website titled “Billionaire owner of H&M bans hunting on his huge English estate”, Stefan Persson, has banned the Vine and Craven Hunt from Ramsbury Estates which covers a combined 19,000 acres of North East Wiltshire, West Berkshire and North Hampshire. It might sound obvious, but without access to large areas of land hunts have nowhere to break the law (the Hunting Act 2004).

END_OF_DOCUMENT_TOKEN_TO_BE_REPLACED

Reverberations from the secretly-recorded Hunting Office webinars released by the Hunt Saboteurs Association in November continue to be felt. While the police investigate their contents (presumably to check for conspiracy to break the law or misconduct in a public office), major landowning organisations and charities from the National Trust and Forestry England to United Utilities and the Lake District National Park have suspended the issuance of licences for so-called ‘trail hunting’ on their land. Now in a decision that will hopefully be picked up in the same way that northern councils have increasingly banned moorland burning by gamekeepers, last night Peterborough City Council voted on a motion submitted by Labour and Cooperative member for North ward Cllr Ansar Ali to ban hunting on their land.

END_OF_DOCUMENT_TOKEN_TO_BE_REPLACED

The so-called Hunting Office was burnt badly when webinars discussing how to avoid being caught illegally fox hunting were leaked by the Hunt Saboteurs Association. An interesting element of the reaction to the webinars has been the way many of us have seized upon the word ‘smokescreen’ that was used in the webinars. The word has a literal origin as in laying down a cloud of smoke to conceal military operations, but it is more usually used now to mean “something designed to obscure, confuse, or mislead”. Several of the speakers in the webinars used the term while suggesting ways to create an element of doubt about whether, for example, a scent trail has been laid or whether a hunt had ‘accidentally’ killed a fox or not. ‘Smokescreen’ will now forever be linked with these webinars, while we’ll happily take whatever stick foxhunting hands us to poke them with, it’s worth taking a pause here because hunts have actually already been using a smokescreen for fifteen years – and that’s the very phrase ‘trail hunting’ itself.

END_OF_DOCUMENT_TOKEN_TO_BE_REPLACED

The secretly-recorded and leaked Hunting Office webinars, uploaded to the internet by the Hunt Saboteurs Association two weeks ago, continue to cause huge problems for proponents of so-called ‘trail hunting’ as the number of major landowners banning hunts continue to grow. What follows is pure speculation, but we’re idly wondering why they’ve suspended licences so quickly? All five organisations have been quoted saying that they have suspended licences while the police investigations of the webinars are ongoing. That’s an odd reason to give really. Hunts sabs and monitors will (rightly) say that police investigations can take years and the interview rooms down at the local nicks will have been barely warmed up yet, so what’s going on…?