Interviews with the experts chosen to contribute as Ministers to the ‘first draft’ of the People’s Manifesto for Wildlife. (For a podcast with ten of the Ministers (inc Chris Packham, Dr Mark Avery, Prof Dave Goulson, and Ruth Peacey) recorded just before the release of the Manifesto in September 2018 go here.)

The Manifesto was published in September 2018 – how do the Ministers reflect on what they wrote and proposed a year ago? 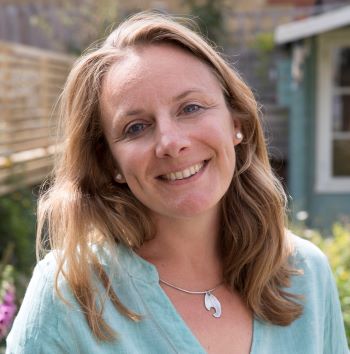 “Our gardens take up more space than all our nature reserves put together. If we all rewilded…we’d achieve amazing things.”“
Brighton-based Kate Bradbury is an author, campaigner, and gardener. She is passionate about organic, wildlife-friendly gardening and brilliantly detailed her struggle to bring lfe back to a ‘decked, barren backyard‘ in ‘The Bumblebee Flies Anyway‘. She works tirelessly to inspire others to create better habitats for wildlife in their own gardens and outside spaces, and was the perfect choice to take on the role as Minister for Urban Spaces. Charlie Moores spoke with Kate for the podcast series ‘The People’s Manifesto for Wildlife – Revisited’. They began by discussing one of the more startling facts in her Manifesto essay…how many of our gardens are now paved over.

Miles King is an ecologist, CEO of the charity People Need Nature (PNN), and he says on his ‘A New Nature Blog’ that he now realises he knows less than he thought he did when he started. But he clearly knows enough to have been asked to serve as Minister of Farming and Food. And given that based on last year’s government figures agriculture utilised 71% of the UK’s land area, that was always going to be an important role within the Manifesto

Charlie Moores spoke with Miles in November 2019 for the podcast series ‘A People’s Manifesto for Wildlife Revisited’ and began by suggesting that while in the twelve months since the Manifesto came out there had been a great deal of attention focussed on the environmental harm caused by intensive agriculture, the link between biodiversity loss and agriculture really shouldn’t have come as a surprise to anyone paying attention…

“‘The devil is in the detail’ – and it is – unfortunately with all these things it is – but that’s where the pleasure comes in, looking at the detail and finding how you can use that to achieve your objectives.“
As part of ‘The People’s Manifesto for Wildlife – Revisited’ podcast series, Charlie Moores spoke with consultant solicitor Carol Day of the law firm Leigh Day (who have represented, for example, Wild Justice in their landmark cases to challenge poor decisions or flawed policies that threaten to harm our wildlife). Carol’s contribution to the Manifesto was as Minister for Wildlife Law, and it contained a raft of fascinating ideas including an Environment Act and a bespoke environmental forum to hear civil and criminal cases.

“…the chemicals used today would kill about six times as many honeybees as the chemicals used twenty-five years ago…and it’s not possible to produce a chemical that just targets the pest you want to kill.“
Dave Goulson is an author and Professor of Biology at the University of Sussex, specializing in the ecology and conservation of insects, particularly bumblebees. He has been warning about the toxicity of pesticides and their threat to biodiversity for many years, Charlie Moores spoke with Dave for the podcast series ‘The People’s Manifesto for Wildlife – Revisited’. His contribution to the People’s Manifesto was radical and ambitious, with many interesting proposals – but Dave and Charlie begin by discussing what’s been called ‘the cocktail effect’….

Dr Mark Avery is a conservationist, author, founding director of WildJustice, and a contributor to the People’s Manifesto for Wildlife as the Minister for Upland Ecology. Charlie Moores spoke with Mark in Buxton (Derbyshire) for the podcast series ‘The People’s Manifesto for Wildlife – Revisited’ the day before Hen Harrier Day 2019. He asked Mark whether in the twelve months since the publication of the Manifesto there had there been much change in how our uplands are managed or protected, and whether he still stood by his assertion that the UK’s National Parks should be downgraded.