As we and others have been reporting, in a scoop worthy of a national news organisation a fortnight ago the Hunt Saboteurs Association published a series of secretly-recorded ‘trail hunting’ webinars given by the so-called Hunting Office, which reveal the efforts hunting is now having to go to ‘prove’ they are following a scent trail when they go out foxhunting . The fall out from these webinars is just starting to be felt (yesterday, for example, Forestry England announced it was suspending all ‘trail hunt’ licences issued to hunts wanting to use their land) and in a timely twist on the ongoing ‘trail hunting is a smokescreen for killing foxes‘ narrative, the Badger Trust has issued a statement to highlight the links between foxhunting and the persecution of badgers. And while the government might not remember this as they slaughter hundreds of thousands of them to protect the dairy industry, Badgers are actually protected mammals.

END_OF_DOCUMENT_TOKEN_TO_BE_REPLACED

Back in 2016 a request was made by the University of Nottingham for dead roadkill badgers to test for BovineTB, the cattle disease that has ultimately led to more than 150,000 badgers being killed to protect the dairy industry. Teams from the Universities of Nottingham, Surrey and Liverpool wanted to find out whether badgers living in counties around the edge of the expanding TB epidemic in cattle were infected and were therefore important vectors in the spread of the disease. Whilst the study was launched in 2016 and was based on badgers found dead between 2017 and 2018, the results have only just been announced. Badgers are not a key source of bovine TB, just as conservationists have been saying all along…

END_OF_DOCUMENT_TOKEN_TO_BE_REPLACED

The Badger Trust, Born Free and the advocacy group Eurogroup for Animals, lodged a complaint against the British government under the terms of the Bern Convention in December 2019. The Shadow Environment Secretary Luke Pollard also wrote to the Bureau of the Bern Convention in early September this year claiming the Government was “in breach of its international obligation to protect vulnerable wildlife” adding “there is no scientific or ethical justification for continuing with the cruel and unnecessary badger cull”. Which begs the question: what is the Bern Convention and why do campaigners believe it might be used to protect badgers from culling? We thought we ought to find out…

END_OF_DOCUMENT_TOKEN_TO_BE_REPLACED 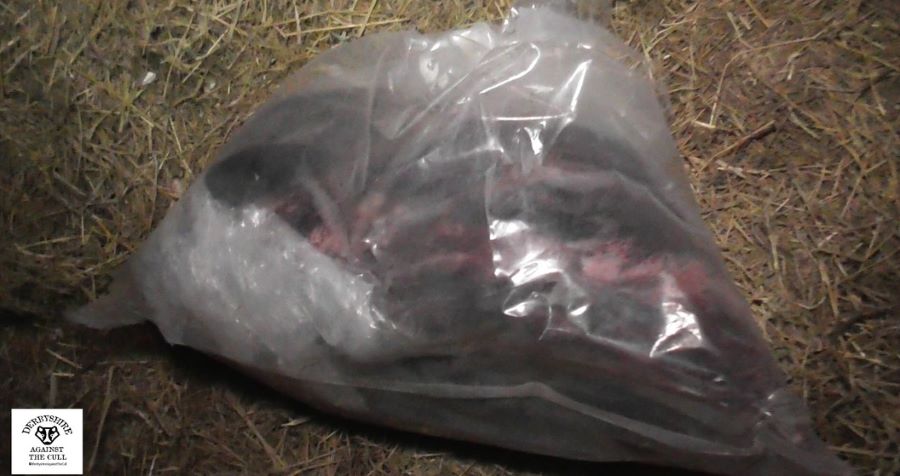 The Badger Trust has released a news story via Brockbase, their communication and information hub. It – as they say – exposes the horrific reality of the badger cull and uses heartbreaking images taken by Derbyshire Against the Cull (DATC, who originally broke the story and have posted a longer expose with more background details on Facebook). This exposé – shared in an article by the Mirror – shows badger cull contractors delivering shot and bagged badgers from the Derbyshire cull zone to a stone barn in Alport, near the popular tourist town of Bakewell. As Derbyshire Against the Cull explained, the barn is being used to store shot badgers before they are taken away to be incinerated

END_OF_DOCUMENT_TOKEN_TO_BE_REPLACED

Lynn Sawyer has been an animal rights activist for decades, first as a hunt saboteur but more lately working full-time to tackle the badger cull. She was part of the group that set up the Gloucestershire Badger Office (GBO), a collective that provides logistical and practical information on the Gloucestershire badger cullzones. Lynn has spent many evenings in the past out in the field defending badgers, but now is up and out early to help prevent foxhunts from cubhunting. An inspirational, deeply committed activist and organiser, we were grateful to speak with Lynn in early October 2020 to find out more about her work.

END_OF_DOCUMENT_TOKEN_TO_BE_REPLACED

Dr Mark Avery tweeted this morning about Wild Justice’s petition asking the government to ‘Ban the shooting of badgers immediately’. Mark is a founder of Wild Justice of course, and had been pushing the petition hard. Just three days after its launch (and after a huge delay by the petition committee to upload it), the petition has already passed 32,000 signatures – which means that the government is obliged to respond to it. Following Mark’s tweet a question was asked which essentially said, We’ve had petitions on the cull before, they show a fairly even split ‘for and against’, why do we need another one? Here are three reasons why we think we do…

END_OF_DOCUMENT_TOKEN_TO_BE_REPLACED

Wild Justice petition smashes through 16,000 signatures in less than 24 hours. Natural England Chair Tony Juniper (or ‘the former conservationist Tony Juniper’ as he is being referred to on social media) must be wondering what on earth he got himself into when he signed off on more badger killing to protect the dairy industry, poorly-thought out General Licences to protect shooting, and Hen Harrier brood meddling to – er, protect shooting…No doubt NE’s lobbyist chums at BASC and the NFU will tell him to ignore the ‘animal rights extremists’ who care about wildlife in ways that he would have once professed to understand (and even perhaps once shared) but it must be getting harder to ignore the pressures the public are bringing to bear on stopping the slaughter of our wildlife on behalf of industry…

END_OF_DOCUMENT_TOKEN_TO_BE_REPLACED

“Wild Justice believes that the DEFRA Badger cull is ineffective in dealing with the scourge of bovine tuberculosis, but in any case it is an inhumane method of control, relying as it does on tens of thousands of Badgers being shot. We are taking a legal challenge against the licensing of this inhumane practice and although we were refused permission for judicial review we are appealing that decision and have been allocated a date in late October for that appeal. We cannot be sure that our legal challenge will succeed and so we want to add to the pressure on DEFRA and Natural England to think again about humane methods of disease control including better cattle testing, vaccination of Badgers and cattle, movement restrictions etc. To change the Government’s mind we need a huge public outcry against the shooting of thousands of Badgers in the countryside.” Wild Justice e-petition

END_OF_DOCUMENT_TOKEN_TO_BE_REPLACED

@friendofthefox: Terrier men exist in the same evil world as badger baiting and dog fighting (there's plenty of overlap). It's a measure of the criminality of hunts that these animal abusers play such a central role in their activities. https://t.co/IM0TQJPSyd
h J R
@WarOnWildlife

@BathHuntSabs: Facebook isn't letting us boost any posts about the MoD. Reckon they are feeling the pressure? Please keep contacting @DefenceHQ and asking what need there is for "trail" hunts on their land. #smokescreen #TrailHuntLies #HuntingExposed https://t.co/7MNwhYg5Nm

@ChrisGPackham: Good evening @ExmoorNP . I and many others believe you have made the wrong decision in failing to suspend ‘trail’ hunting (See here https://t.co/vISRd2FtiE) Some also believe that your decision making process is compromised by a few with vested interests . https://t.co/iLL48d0vCw
h J R
@WarOnWildlife

@BristolHuntSabs: The hunts are back at it from tomorrow. If you’re in the countryside please keep a particularly watchful eye out for them. If you see a hunt - call @HuntSabs on 07443148426 - if safe get pics/vids - send to us or the nearest sab group ASAP https://t.co/oPT2jQ4cHG