Charlie Moores in conversation with Dr Alex Lees, Senior Lecturer in Conservation Biology at Manchester Metropolitan University. Recently Alex and Dr Jack Shutt published a paper that was widely reported in the mainstream media titled “Killing with kindness: Does widespread generalised provisioning of wildlife help or hinder biodiversity conservation efforts?” In very simple terms, then, the paper is asking whether providing wildlife with extra resources like food and nesting sites could be having a negative impact on some declining species – which, if you feed your garden birds like I do, is – well, food for thought…

END_OF_DOCUMENT_TOKEN_TO_BE_REPLACED

While the number of egg thieves has dwindled away to almost nothing, the idiots who continue to raid nests have become extremely ‘professional’, obsessive to the point of compulsion, and can have a disproportionate impact by specifically targetting rare breeding birds – in some instances virtually removing an entire generation of rare or recently-established species by stealing their eggs. A s recently as May 2018 over 5,000 wild bird eggs were seized from a property in Norfolk belonging to a Daniel Lingham. The eggs were from 298 different species, including rare and declining birds such as Nightingales, Nightjars, and Turtle Doves. The RSPB’s Mark Thomas described Lingham at the time as a “one-man crime wave in terms of rare birds in Norfolk” whose actions had an “incredible impact on birds both regionally and nationally”. Helping stop egg thieves is something that we can all do though…

END_OF_DOCUMENT_TOKEN_TO_BE_REPLACED

Lockdown, we’re told. has helped us appreciate our gardens. Stuck in our homes we have turned to staring longingly out of the window, grateful for glimpses of colour as birds like Greenfinches and Great Tits flit over our fences in a kaleidoscope of feathers…Will that last? It would be wonderful if the UK’s collective focus on the birds that do their best to survive alongside us had become permanent, because it’s not just farmland, upland, woodland and wetland birds that are in trouble – according to the results from the RSPB’s Big Garden Birdwatch (BGBW), the more or less official national garden bird survey, so are our garden birds. But that is something that we can all help to turn around…

END_OF_DOCUMENT_TOKEN_TO_BE_REPLACED

The latest BirdTrends report from the BTO provides an early indication of one of the periodic revisions of the UK’s Red List (species with the highest conservation priority and needing urgent action) due to be published at the end of this year. Essentially, the report is a one-stop-shop for information about the population status of familiar breeding birds across the UK – a region already identified by a previous report as one of the most nature-depleted in the world. And it is very, very bad news indeed. Many of the highlighted species would once have not only been familiar to pre-war generations, they would have been everyday companions. Prior to the industrialisation of agriculture, their pastures would have been flower-rich meadows with massive insect communities providing seeds and protein for countless Cuckoos, Corn Buntings, Lapwings and Grey Partridges. Our woodlands, now often neglected with (in the absence of apex predators) unsustainable numbers of Roe Deer, were once composed mainly of native tree species and edged by scrub. They would have been bursting with Nightingales, Willow Tits and Spotted Flycatchers. Many of us now go all year without even seeing a single individual of any of them.

END_OF_DOCUMENT_TOKEN_TO_BE_REPLACED

An interesting debate is taking place on Twitter right now, discussing why it is that shooters are able to go out and kill birds during lockdown while birders (of all sorts from ‘I like to look at birds while I walk’ to ‘I want that Northen Mockingbird on my list and I want it now’) aren’t allowed to just go and look at them. We 100% agree that travelling hundreds of miles during lockdown to congregate somewhere just to see a rare bird is an undeniably stupid thing to do. We are birders ourselves (and used to twitch regularly) but there’s no excuse for breaking the law and risking spreading a dangerous virus like Covid-19 under any circumstances. But this isn’t about a handful of birders behaving irresponsibly. The larger and more pertinent question is surely this: why is there a seeming disparity between the way birders and shooters are treated? How do shooters (and fox hunters before them – they managed to circumvent the ‘Rule of Six’ back in the autumn remember) seem to usually get what they want (which with the best will in the world is simply to be allowed to kill even more wild animals)?

END_OF_DOCUMENT_TOKEN_TO_BE_REPLACED 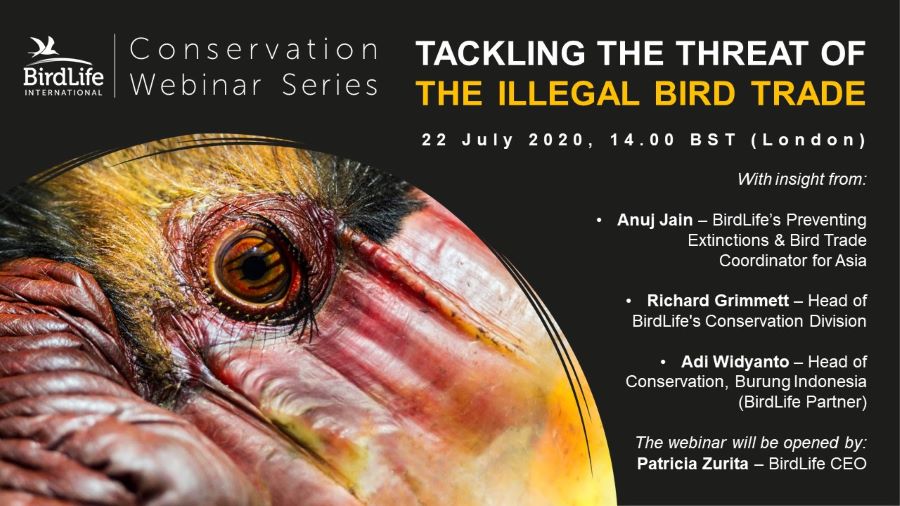 Has the way we all do business changed as a response to Covid-19? Take BirdLife International’s webinar for example. Sure, webinars have been around for a while now, but the audio and video quality has come on leaps and bounds. They are more interactive. And for those more e-weary members of the potential audience, the carbon savings of not flying around the world to a meeting is well worth the additional screentime a webinar might involve. Webinars sound so obvious now: but if you began taking an interest in these issues when dial-up modems seemed revolutionary, this still feels like a huge advance.

END_OF_DOCUMENT_TOKEN_TO_BE_REPLACED

Solastalgia describes, according to philosopher Glenn Albrecht, the man who coined the term, “the feeling of distress associated with environmental change close to your home”. It seems to be a perfect word to describe a sadness that I’m sure many can feel sneaking up on us as we come out of lockdown, as we hurtle into a ‘new normal’ that I don’t think will look much different to the ‘old normal’.

END_OF_DOCUMENT_TOKEN_TO_BE_REPLACED

This spring Chatsworth House have been permitted to put up bird netting to stop swifts, swallows and martins pooing on their statues. Swallows are visitors to Chatsworth House, migrating up to 6,000 mile to nest in the same place each year. They are summer visitors and have a small timeframe to breed in and it is possible that many of these birds won’t manage to find an appropriate alternative. Instead of supporting the declining population, Chatsworth could in fact be contributing to their further decline.