Yet another Buzzard shot dead – this one found in rural Cambridgeshire around fifteen miles southeast of Cambridge. As Cambs Police point out all birds of prey are protected by law. Everyone knows that. Peppering a Buzzard with shotgun pellets will always be a deliberate act. There has been a speight of Buzzard killings in the last few months (this is the fourth we’ve written about since mid January). For many of us seeing a Buzzard is a thrill. They have returned to areas that they were persecuted out of, but there have been dark mutterings from pheasant shoot operators about there being ‘too many Buzzards’ for years – that of course despite the industry releasing around 60 million non-native pheasants and partridges every year, while there are less than 100,000 pairs of native Buzzards across the whole of the UK, with their numbers apparently declining slightly in Wales.

END_OF_DOCUMENT_TOKEN_TO_BE_REPLACED

Another day, another dead Buzzard. Hard to believe that all birds of prey have been protected for more than sixty years. How have we come to this? We live in a denuded country with such small wildlife populations they should be a national embarrassment but where killing wildlife is still an everyday event. Law enforcement is spotty and convictions are extremely rare. On the huge grouse farms in our so-called ‘national parks’ wildlife crime underpins driven grouse shooting (it’s unprofitable if birds of prey aren’t illegally stopped from taking Red Grouse). Pheasant shoots routinely complain about the ‘explosion’ in raptor numbers. Even our major nature charities won’t condemn the very same shooting industry that wants licences to remove ‘nuisance’ Buzzards…

END_OF_DOCUMENT_TOKEN_TO_BE_REPLACED

A report emerged yesterday of a joint agency investigation by Suffolk Police, Natural England, and the RSPB Investigations Team into yet another killing of a Buzzard. There are few details at the moment (with no mention on the Suffolk Constabulary website), but a tweet from Suffolk Rural & Wildlife Policing said that several guns had been seized along with the ‘professional’s’ weapon of choice against birds of prey – pesticides (a few grains of Carbofuran sprinkled on to a rabbit corpse makes for an illegal but cheap and highly toxic bait). Suffolk, a county stuffed with shooting estates, has form when it comes to killing Buzzards. In February 2018 two buzzard corpses were reported to Suffolk Constabulary in an incident described by naturalists as “appalling and abhorrent.” The bodies were found in woodland known as Little Carr, “on the edge of a shooting estate” on the banks of the River Dove, near Hoxne.

END_OF_DOCUMENT_TOKEN_TO_BE_REPLACED 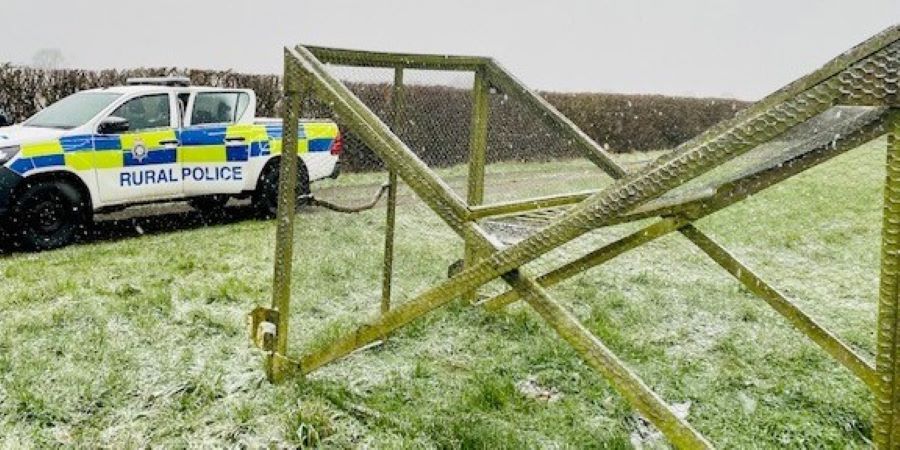 This news report from Nottinghamshire proves just how important it is for all of us to recognise a ‘crow cage trap’ when we see one. Depressingly, traps like these are legal when used correctly, but they litter the countryside and are especially common on grouse moors. They are used, as the name suggests, to catch corvids. A number of different traps exist: this is a ladder or letterbox type, and very simple to use. They’re often baited with a ‘call bird’, usually a corvid, which will have been trapped earlier and stuck inside this thing until the trap operator thinks it has done its job and is then killed. The decoy bird attracts the curiosity (or territorial aggression) of other corvids in the area. They will climb around the trap to explore it, find their way in through the narrow slats in the centre to get to the bird (or to food placed inside the trap), but be unable to get out again as their natural impulse to escape danger is to fly: with wings spread they can’t pass through the slats again.

END_OF_DOCUMENT_TOKEN_TO_BE_REPLACED

Our so-called ‘national parks’ are not what many of us imagine. They are neither wildlerness nor pristine, nor do they protect the wildlife that lives within them. They are in fact largely privately-owned, large areas are run as shooting clubs for the wealthy, and birds of prey especially are probably safer in parks and farmland. The shooting of yet another Buzzard in the wildlife crime hotspot of the Peak District ‘national park’ will come as little surprise to anyone paying attention. Raptors frequently die in ‘national parks’, and we’ve reported on that fact many times. That is because ‘national parks’ are heavily gamekeepered, are blighted with grouse shooting estates, and birds of prey are simply not tolerated. Anyone walking anywhere near a shooting estate in a ‘national park’ looking for birds of prey won’t find them.

END_OF_DOCUMENT_TOKEN_TO_BE_REPLACED

Appleton-le-Moors. Where might that be then? Here’s a clue: it’s in a part of the country that is regularly called out as the worst place in Britain for a specific crime. Some urban ‘sink’ much-derided by right-wing journalists as a car theft hot-spot? A deprived and unloved part of the UK where gangs of feral youths patrol the streets mugging pensioners as they wobble back from the post office with their life-savings in a paper bag? Of course not: it’s a village and civil parish in the Ryedale district of North Yorkshire and the answer lies in the fact that the so-called ‘National Park’ is actually largely owned by grouse shooting estates,

END_OF_DOCUMENT_TOKEN_TO_BE_REPLACED 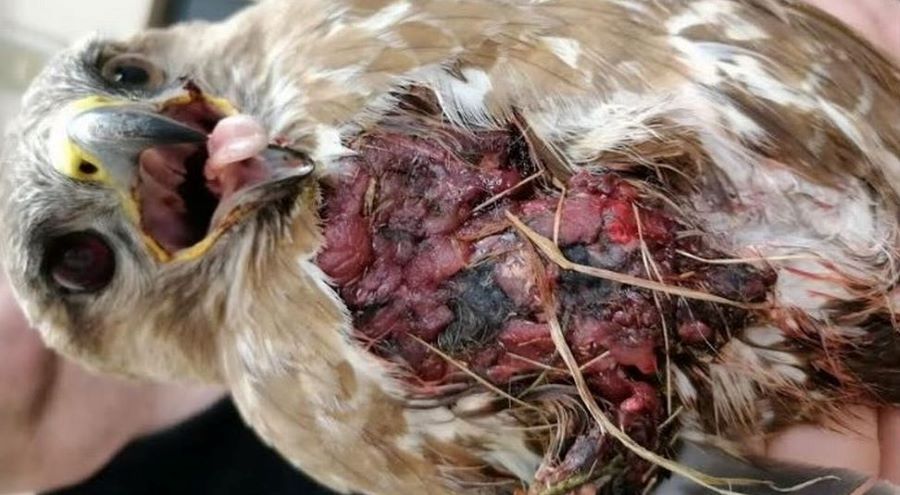 Are some in the mainstream media finally understanding how widespread raptor persecution is? And that rather than quoting a few lines of puffery and denial from the likes of the Moorland Association the public want a more accurate account? That could well be the case because for a headline to contain “protected” in quotation marks (as here on ITV News online) suggests that at least a few journalists are starting to recognise that UK legislation “protecting” birds of prey isn’t worth the paper it’s written on while armed individuals are out shooting at them as part of their “job”…