To the surprise of almost no-one a large quantity of banned poison has been found on the Leadhills Estate, a South Lanarkshire shooting estate notorious for wildlife crime (though no doubt somewhere in the offices of the SGA they’ll be considering saying it was a plant). The poison was discovered by a League Against Cruel Sports investigator carrying out general field research in July last year on ‘Deadhills’ as it’s been dubbed (and anyone who’s visited this depressingly silent slab of grouse moor and wondered where the hell all the wildlife was, will understand why). Police Scotland has confirmed the poison was – again to the surprise of no-one – the ‘professional’s’ weapon of choice against birds of prey, a banned substance hazardous to humans and wildlife alike which is illegal to keep or use in the UK: Carbofuran. As we and countless others have pointed out, just a few grains of carbofuran sprinkled on to a rabbit corpse makes for an illegal but cheap and highly toxic bait.

END_OF_DOCUMENT_TOKEN_TO_BE_REPLACED 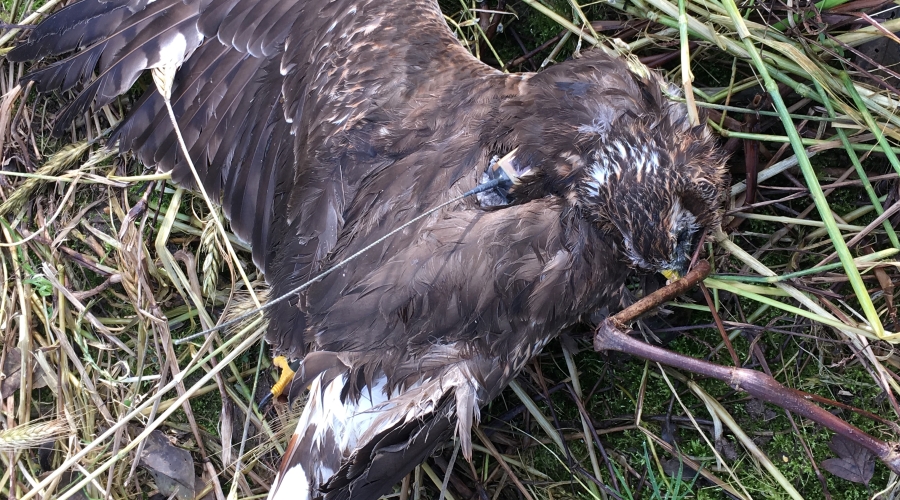 Oh, the irony. In the week, writes Charlie Moores, that shooting launched its new green vision to persuade us all that it cares desperately about wildlife by declaring – nearly seventy years after laws came into force protecting them – a ‘zero tolerance’ to the illegal killing of birds of prey, look what turns up next to a pheasant shoot: yet another dead Hen Harrier.