Keep the Ban’s current petition is right now closing in on 63,000 signatures. All so-called ‘trail hunting’ is banned under Covid-19 lockdown and hunts are being hit in the pocket – hard. The rest of us – and of course our wildlife – are enjoying months of relative peace in the countryside. We have a fantastic opportunity to demonstrate to major landowners like Forestry England, National Trust, and others that even if the government believe the ‘smokescreen’ of so-called ‘trail hunting’, we most certainly don’t. If you haven’t signed already, may we ask that you do so. Thankyou.

END_OF_DOCUMENT_TOKEN_TO_BE_REPLACED

“In Shropshire, Forestry England has been licencing the United Pack. The United Pack are a hunt I’ve encountered on National Trust land when they had a ‘trail hunting’ licence for the site, but because myself and others documented the hunt’s terriermen on the site in December 2018, the licence was revoked. On top of their regular trespass across National Trust land, information requests have revealed that the United Pack regularly hunt across Forestry England’s land without permission too, often enough for the government department to threaten the use of solicitors and then write to the Master of Foxhounds Association [MFHA]…” Guest post by Jack Riggall

END_OF_DOCUMENT_TOKEN_TO_BE_REPLACED

“Very recently, my own petition calling for an end to ‘trail’ hunting licences being granted came to a close, with 11,949 signatures. I’m very glad to see that Robert Pownall from the anti-hunt campaign group Keep The Ban immediately took up the issue and launched another petition to end these licences. As I write this, the petition has been active for less than a week and has already gathered over 10,000 signatures, which means Defra will once again have to publish a written response to defend fox hunting on public land – very soon after having to do the same with my petition. I’m confident that Robert’s petition can gather over 100,000 signatures and I hope the fact that calls for Forestry England to stop giving out hunting licences aren’t slowing down shows the decision makers that this issue isn’t going away.” Guest post by Jack Riggall

END_OF_DOCUMENT_TOKEN_TO_BE_REPLACED

“On 10th September, Defra responded to my petition calling for an end to fox & hare hunting on public land, doing so on behalf of Forestry England . The War on Wildlife Project has already posted about this and I have a few thoughts of my own to share as well. Firstly, in defending so-called ‘trail hunting’, Defra expects us to believe it actually exists when in reality it is a farce. The examples I referred to in the petition itself were of hunts tearing foxes apart, hounds rampaging through residential areas and more. Why does Defra think these incidents happen with such regularity if hunting organisations were genuinely trying to avoid harming wildlife? Secondly, the Kimblewick Hunt ban receives a mention. Defra holds this up as an example of Forestry England taking action, but it only shows the opposite to be true.” Guest post by Jack Riggall

END_OF_DOCUMENT_TOKEN_TO_BE_REPLACED

Warning – distressing image in this post:
Wiltshire Hunt Saboteurs yesterday witnessed a hunting hound used by the Mendip Farmers Hunt – whose website proclaims “We love to see visitors and children and we hunt Wednesday and Saturday in the season” – killed on the busy A39. Apart from the absurdity of even being able to state openly that they ‘hunt twice a week in the season’ (‘hunt’ not ‘trail’ or ‘drag’ hunt, and how is there even a season for this disgusting hobby?), apart from the chilling notion of involving children in bloodsports, how – all right-minded people will be asking – if hounds were following a laid-down scent as they were supposed to be, how could they have ended up on a main road dodging cars?

END_OF_DOCUMENT_TOKEN_TO_BE_REPLACED

Jack Riggall, an independent hunt monitor and anti-hunting campaigner, is writing a series of posts for us on fox hunts and Forestry England, and we were intrigued to be forwarded a letter this week obtained under a Freedom of Information (FOI) request to Defra which at the very least suggests that Sir William Worsley, the newly-appointed Chair of the Forestry Commission (Forestry England is an Executive Agency of the Forestry Commission), is not well inclined towards Hunt Saboteurs (who work in the field to protect wild animals from illegal hunting of course) or ‘animal rights and environmental activists’.

END_OF_DOCUMENT_TOKEN_TO_BE_REPLACED 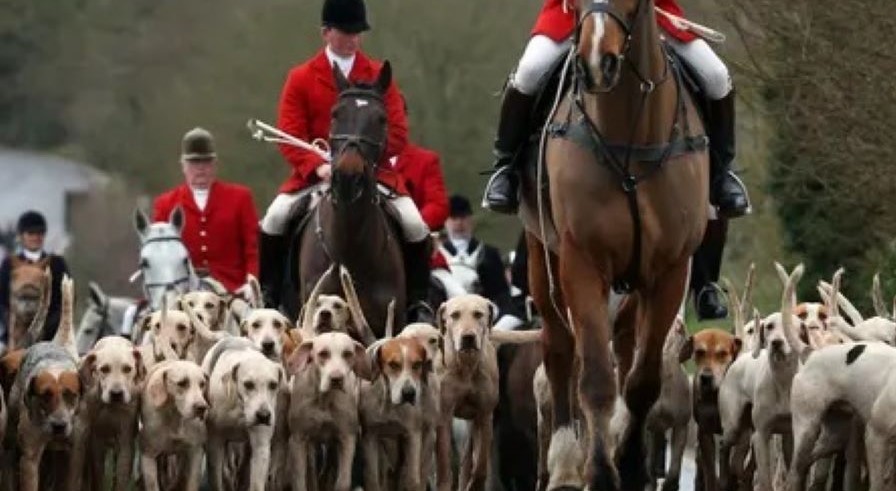 Jack Riggall, an independent hunt monitor and anti-hunting campaigner, is writing a series of posts for us on fox hunts and Forestry England (FE), the government department responsible for managing and promoting the nation’s forests (search Jack Riggall). He also launched an e-petition asking FE to stop giving fox and hare hunts licences to ‘trail hunt’ on their (our) land: last year FE doled out 34 licences, with minimal supervision of the hunts concerned. The petition gained more than 10,000 signatures, triggering a government response which we’ve copied – and of course commented on.