A Freedom of Information request (FOI) submitted by Edinburgh-based wildlife charity OneKind has revealed that Forestry Land Scotland (FLS) has continued to allow fox hunting foot packs access on its land since a previous exposé in Spring 2020 (mirroring the situation in England where Forestry England had allowed so-called ‘trail hunting’ to take place despite information that hunts were breaking the law). The FOI also reveals that FLS have been unable to stop ongoing wildlife crime which has been taking place on Scotland’s public lands since 2016, and which FLS suspect to be committed by gamekeepers. External reports of ‘out of control’ hounds in the FOI also highlight just how weak Scotland’s fox hunting legislation is and why reform is urgently needed.

END_OF_DOCUMENT_TOKEN_TO_BE_REPLACED

A shortcast about fox cub hunting or cubbing from Charlie Moores. A version of this audio first appeared in an Off The Leash Podcast in August but with so many reports of cubbing on social media at the moment, we felt that it would be helpful to state again what cubbing is and how to recognise the revolting individuals who do it.

END_OF_DOCUMENT_TOKEN_TO_BE_REPLACED 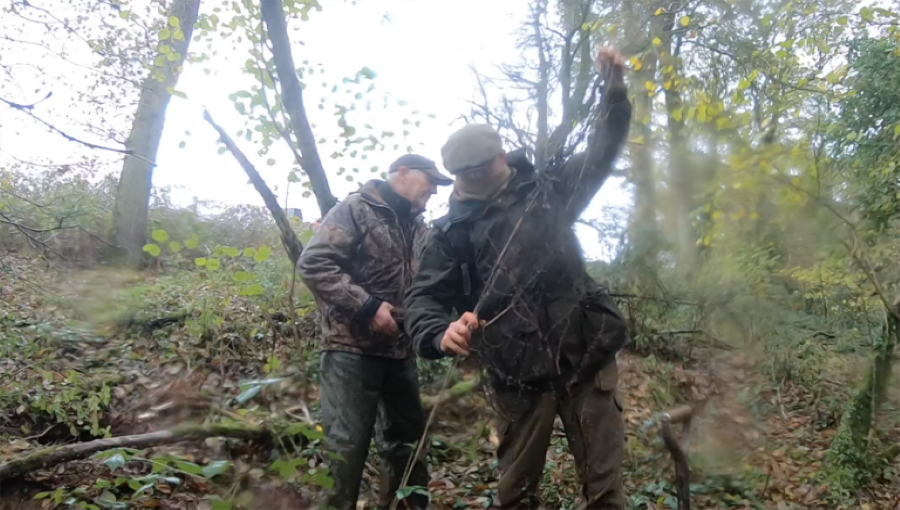 Terrier men are the thuggish ‘enforcers’ of the hunting world, revelling in their reputations as intimidators of peaceful, law-abiding hunt monitors. Their ‘job’ is to send terriers down holes to flush out foxes so that hunts can continue the chase. They also go out in advance of the hunts to beat people up (sorry, that would be libellous) to illegally block up badger setts so that foxes can’t get away (so that hunts etc etc). Little wonder that Hankinson pointed out that having these people on a ‘trail hunt’ does wave the biggest and reddest of big red flags that the hunt is quite happy to break the law (‘screw the Hunting Act we’re here to kill foxes’). The sordid world of the terrier man has rarely been uncovered for public view. but in yet another blow for the hunt lobbyists who perpetuate ‘trail hunt lies’, two of the brotherhood of badger diggers and dog fighters have appeared in court. And everyone from the BBC to local media have learned a little bit more about a ‘job’ that needs to go the way of the bear baiter and the vivisectionist.

END_OF_DOCUMENT_TOKEN_TO_BE_REPLACED

Which brings us to Dorset’s Gillingham and Shaftesbury Show, an ‘agricultural show’ which would apparently rather butter up fox hunts than honour an invitation given to a small group that campaigns against illegal fox hunting. But there’s an added twist here. The decision to ban Action Against Fox Hunting (AAF) came after they say ‘countryfolk’ on a notorious online Facebook group threatened them with violence. Which just stinks to high heaven frankly…AAF recognise that they will be at odds with some of the elements at the Show and have taken steps to avoid confrontation. They state clearly on their website that as the Gillingham and Shaftesbury Show is a family-friendly show, they had “decided to aim our outreach at children and make it about foxes, rather than hunting. We bought masks for children to colour in, and we bought crayons. We had some life-size cardboard cutouts of foxes made. We also professionally designed “Learning Boards” for children. We spent a lot of our precious donations on equipment for the stall. We planned to keep the hunting information very low-key.” It’s difficult to draw any conclusion other than that the organisers of the Show are intolerant of pro-wildlife views, don’t want to be held responsible for the actions of the people they let into the showground, and would much rather allow fox hunts to parade without opposing views upsetting the sensitive darlings.

END_OF_DOCUMENT_TOKEN_TO_BE_REPLACED

In mid-May we posted a ‘kudos’ to Keep the Ban, the excellent campaigning group fighting to stop illegal fox hunting. KKeep the Ban had been working hard to keep a petition in the news which had arisen from a disgraceful incident where out of control hunt hounds (belonging to the Western Hunt) had mauled to death a pet cat called Mini in a quiet residential street in Cornwall. A so-called ‘huntsman’ (you can draw your own conclusions about what sort of ‘man’ this was) was seen to throw the body of Mini into a neighbouring garden and walk off. Come forward to the present and some welcome news. A huntsman has been charged by Devon and Cornwall Police in connection with this incident. John Lanyon Sampson, aged 55, of St Buryan, is due to appear before Truro Magistrates’ Court on 22 July where he will face charges of criminal damage and being the owner/person in charge of a dog dangerously out of control in a private or public place.

END_OF_DOCUMENT_TOKEN_TO_BE_REPLACED

A BBC News report this evening is headlined “Men deny interfering with active badger setts in Devon”. On the surface it’s a rather typical tale of ‘terrier men’ (who stand out even amongst a group of thuggish lawbreakers as one of the nastier forms of illegal fox hunters) blocking the entrances to badger setts. Now, badgers are protected by law of course. That has never stopped terrier men, who (allegedly, m’lud) routinely block badger setts to stop foxes disappearing underground (where they will be flushed out by the terriers who are also routinely scarred for life in fights with badgers) or to net emerging badgers for illegal badger baiting. Badger setts are protected by law too. But only if they’re active. This case is still going through the court so we won’t speculate on outcomes (even though the terrier men don’ deny blocking the sett with the hunt paying for lawyers who apparently couldn’t care less about badgers – or why defend these notorious thugs? – it’s likely they’ll get off). Same old, same old frankly. What is perhaps more interesting, though, is the language that the defendants use in court now and that is referenced to in the article from the BBC.

END_OF_DOCUMENT_TOKEN_TO_BE_REPLACED

Hello Peterborough Council, this is the 21st Century calling…demanding to know what the actual f are you doing supporting a grubby lobby group like the Countryside Alliance and violent hunt thugs by hosting a so-called Festival of Hunting this month? Fox hunting was banned by the Hunting Act, everyone and their dog knows that ‘trail hunting’ is a smokescreen for illegal fox hunting, that hunts break the law every day they go out, This is a world of harassment and intimidation, of threats and aggression, a disgusting throwback to a time when ecology was poorly understood and wild animals were thought to be little more than furry (or feathered) machines acting on instinct and incapable of fear or affection. Get your act together and get this celebration of cruelty and lawbreaking banned – as your taxpayers and residents want you to.

END_OF_DOCUMENT_TOKEN_TO_BE_REPLACED

The – er, somewhat robust language used in the following appeal may not be to everyone’s taste. but frankly illegal foxhunting is enough to make even a nun look to the skies and utter the odd curse word, so we’re just going to copy and paste the appeal and let you good folk out there decide for yourselves whether the Warwickshire Hunt are a bunch of ********* or not…whatever the case, however, monitoring hunts from the air as they try to create a smokescreen on the ground is without a doubt a great way to keep an eye on them. And if they’re doing nothing wrong then – great – the evidence is there for all to see as well…