The shooting industry has been dragging its heels for years (and years) about replacing lead shot with something less environmentally toxic. Non-toxic alternatives like steel and bismuth exist but getting the industry (especially here in the UK) to acknowledge them is incredibly difficult (the alternatives are still fatal to whatever they shoot, but of course that seems to bother them even less than spraying tonnes of a neurotoxin into the environment every year). Now a new report “Lead contamination in tissues of large avian scavengers in south-central Europe”,by a coalition of conservation organisations has found that raptors are dying in huge numbers as well. So, not content with blasting vast numbers of birds out of the air deliberately, the shooting industry is also responsible for the deaths of huge numbers of waterfowl and rare, highly protected birds of prey that the EU is spending enormous amounts on to keep safe…

END_OF_DOCUMENT_TOKEN_TO_BE_REPLACED

“Almost all pheasants sold for food in the UK contain toxic lead shot, scientists have found.” The quote comes from the BBC News website which is reporting this morning that – as most of us suspected all along – the voluntary five year phasing out of lead shot by the rapacious shooting industry was – well, five years behind schedule. At least that’s the obvious concluson when “of 180 birds examined by the scientists, 179 were shot with lead”. So shooting has done nothing about lead shot. That won’t be a huge surprise to anyone, but does it matter if ‘food’ repeatedly advertised and sold as ‘healthy’ and ‘natural’ contains lead shot (and do read Rob Sheldon’s tireless questioning of Sainsbury’s on this very subject)? Of course it does, because, as we and countless others have repeatedly said, lead is toxic in even tiny amounts.

END_OF_DOCUMENT_TOKEN_TO_BE_REPLACED

It’s about bloody time – but why has it taken so long? That would be because of foot-dragging, heels dug in, brains disengaged resistance by shooters who time and time again have refused to give an inch because as far as they’re concerned an inch may as well be a mile. There are lines these ‘conservationists’ (as they’re so fond of describing themselves) simply will not cross for fear of having to give up their guns and stop the killing. Such is the ‘they’re all out to get me’ paranoia amongst members of the so-called ‘shooting community’ that has stopped even sensible changes like not using lead shot being made (see our post from almost exactly a year ago for more details – Shooting and Lead Shot). That’s not quite how BirdLife International puts it in a press-release today of course, but we at The Wow Project would like to think that in their most frustrated (and perhaps most unguarded) moments, the good folk who actually have to confront this ignorant intransigence on a daily basis might just agree with the sentiments…

END_OF_DOCUMENT_TOKEN_TO_BE_REPLACED

On the 25th of November the European Parliament voted to ban the use of lead ammunition in wetlands across the EU. 362 MEPs voted in favour of the ban, 292 against, and 39 abstained. As we’ve written a number of times on this site (see – Shooting and Lead Shot), lead has been used in ammunition and fishing tackle for decades, despite all concerned knowing the terrible impact it has on wildlife, the environment, and humans. Lead is a serious pollutant. It’s dangerous – even Roman physicians knew that. Due to its high toxicity and the public and environmental health problems it causes, most releases of lead into the environment are strictly regulated in Europe (e.g. see AMEC 2012). In the UK lead was finally fully banned from vehicle fuel in 2000, removed from paint in 1992, and its use in water pipes before that. However, shooting still sprays tens of thousands of tonnes of lead across fields, moorlands, and woodlands, contaminating soil and water and besides putting at risk the health of wild birds also risks the health of people (their concerns brushed aside by disingenuous lobbyists and advertisers) that eat fragments of shot in their food.

END_OF_DOCUMENT_TOKEN_TO_BE_REPLACED

Last week the Wildfowl and Wetlands Trust posted a rather sober press-release about the EU’s ‘Historic vote to ban lead shot in wetlands’. The decision needs to be ratified by the EU Council, but the EU vote was, WWT said, choosing ‘health over poison’. Even hunters supported the move according to WWT. And why wouldn’t they, it’s an easy-win for them. Which brings us to Natural England’s favourite pro-shooting lobby group BASC…who have announced that they will in fact stand ‘against new EU restrictions on lead shot’…

END_OF_DOCUMENT_TOKEN_TO_BE_REPLACED

WWT has just announced that “EU countries choose health over poison in historic vote to ban lead shot in wetlands”. It’s important news – as WWT unequivocally puts it “A huge leap towards ending the suffering of millions of waterbirds from lead poisoning has been taken following a momentous vote to ban lead shot in and around wetlands” – and the shooting industry only has itself to blame. From an easy win they could have claimed years ago, as ever they appear to have been forced into falling into line with doing something ‘good for the environment’…

END_OF_DOCUMENT_TOKEN_TO_BE_REPLACED

The Daily Telegraph is reporting that the shooting industry is up in arms because the slaughter of wildfowl has been banned on one of the most important wetland sites in the UK – the Humber Estuary, the second largest coastal plain estuary in the UK, a Special Area of Conservation, a Special Protection Area (SPA) under the Habitats Regulations and considered an internationally important wetland under the Ramsar Convention. Still, how very dare they! Protect wildlife in areas specifically designated to protect wildlife? What is the world coming too…splutters no-one but a ‘wildfowler’

END_OF_DOCUMENT_TOKEN_TO_BE_REPLACED 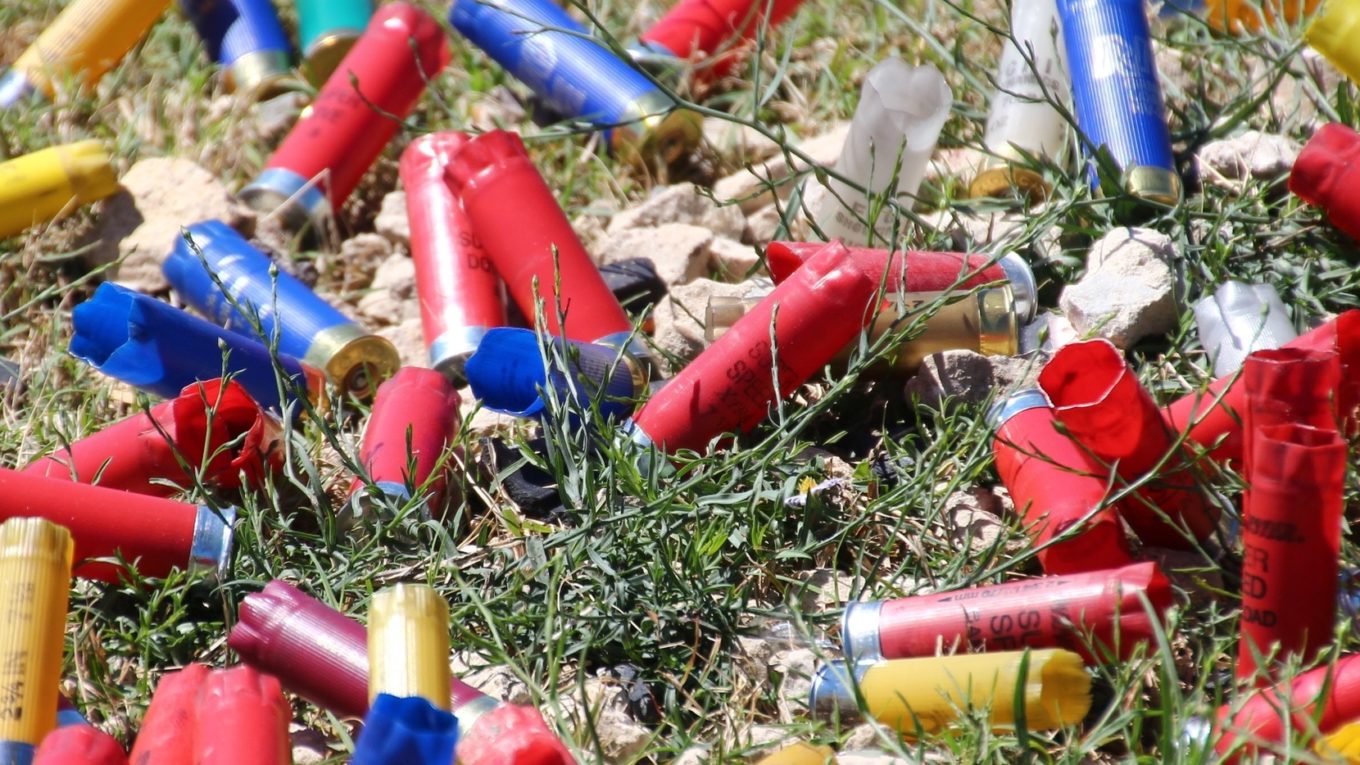 There has been a ripple of news around a ‘decision’ that the shooting industry is planning to ban the use of lead shot. Well, ‘ban’ as in spending another five years of polluting the environment with a toxic product, poisoning waterbirds that pick up lead shot thinking it’s grit (many birds swallow grit to help grind fibrous food material in their gizzards), and ignoring the inconvenient fact that non-toxic alternatives exist and are widely used. However, Charlie Moores writes, we’ve been here before – and is this the issue we should be most concerned about anyway?