In a rather rare bit of good news for wildlife, the government has announced its intention to ban the use of metaldehyde outdoors. Metaldehyde is the active ingredient in slug pellets, and is commonly used as a pesticide against slugs, snails, and other gastropods. As well as wiping out slugs and snails, metaldehyde is also toxic to terrestrial mammals and birds, and acute poisoning is common in pets, birds, domestic, and wild animals including hedgehogs. Hedgehog numbers in the UK have fallen by about 50% since the turn of the century, and while research suggests that the amount of metaldehyde a hedgehog would need to consume to be lethal would be very large, there have been cases of dead hedgehogs with very high levels of metaldehyde in their system (presumably consumed via prey items).

END_OF_DOCUMENT_TOKEN_TO_BE_REPLACED

This is what grouse shooting has brought us to: the burning of rare habitats, massive use of bird and mammal traps, illegal persecution of birds of prey, and now a spaniel killed by a mix of illegal poisons with its own nickname derived from the Nidderdale Area of Outstanding Natural Beauty. Ladies and gentlemen, we give you the ‘Nidderdale Cocktail’, “a deadly mixture of chemicals including bendiocarb, alphachloralose and the banned pesticides carbofuran and isofenphos. None of these chemicals should ever be used in an environment where domestic animals and/or wildlife could come into contact with them.

END_OF_DOCUMENT_TOKEN_TO_BE_REPLACED

Sum of Us have launched a petition that might be of interest to anyone who visits this site. “Bee-killing neonics are still being sprayed in Europe. Tell rule-breakers to respect the ban!”

END_OF_DOCUMENT_TOKEN_TO_BE_REPLACED 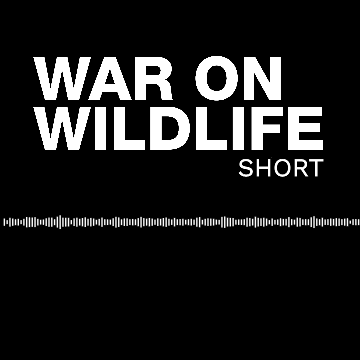 In this shortcast Nick Mole, Policy Offer with the Pesticide Action Network suggests we should ‘massively, dramatically, and quickly reduce the amount of pesticides’ we use’. [Duration 0:00:20]

END_OF_DOCUMENT_TOKEN_TO_BE_REPLACED

@WildlifeBlog: @RaptorPersScot There should be no quarter given to an estate with this abominable record of crime. Far too much use from @Nature_scot of the word 'please' and the terms 'would you' and 'could you;' simply set out the terms required. Hopefully the request will be refused.
h J R
@WarOnWildlife

@SteB777: For the last half century politicians tried to get good PR for themselves by promising action on the ecological and biodiversity crisis. But this is the reality, continuous declines, and their promises are hollow and false. @GeorgeMonbiot @GretaThunberg https://t.co/GVXHPc7IeE
h J R
@WarOnWildlife

@beagleandblack: This is what a villager trying to stop a speeding hunt vehicle illegally on @NaturalEngland and @nationaltrust land looks like. This is not a pleasant place to be on the right side of the law @ASPolice https://t.co/69A5SDUJUM